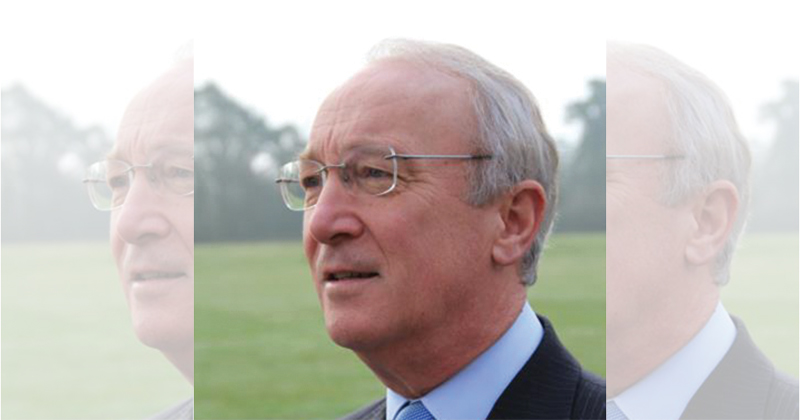 A secular multi-academy trust has been blocked by a local diocese from taking over two Church of England primary schools, one of which is now set to close.

The South Farnham Educational Trust (SFET), which runs three ‘outstanding’ primary schools, was rejected by the diocese of Guildford to take over the ‘inadequate’ Ripley CofE Primary School and the ‘good’ St Mary’s CofE Infants School.

Ripley School, which currently has 41 pupils, is now on the path to closing by the end of the year. A Department for Education spokesperson said pupils would be supported, but the school’s poor Ofsted rating and low numbers have made it “no longer a viable proposition”.

St Mary’s became an “associate member” of the SFET but maintains independence over its governance and ethos. Its headteacher Jennifer Downing said the arrangement confirms “shared principles” while retaining St Mary’s identity and Christian values.

Sir Andrew Carter (pictured), the chief executive of SFET, said the CofE needs to embrace opportunities to work with other secular schools, or more will close.

The CofE oversees 70 per cent of small schools, those with fewer than 110 pupils. Last week Reverend Nigel Genders, the Church’s head of education, told Schools Week that a number of rural schools may need to close as problems with funding, teacher supply and building maintenance worsen.

A spokesperson for the CofE said 250 of its 1,000 academies are sponsored, but it is committed to “safeguarding the Christian distinctiveness of its schools”.

The diocese of Guildford’s own chain, the Good Shepherd Trust, turned down Ripley Primary last year, but when SFET offered to step in as a sponsor, the diocese said it was not “appropriate” to take on the role.

Diocesan director of education Alex Tear said the Diocese was not convinced SFET “understood how to maintain or develop the Christian ethos of the school”.

SFET offered a legal “side agreement”, which would allow the school to remain independent, and suggested running it just “for three or four years to see how it goes”.

Neither option was accepted by the diocese, and Carter was reluctant to increase the Church’s influence in his trust’s governance, which already has a vicar on its board of trustees.

In April 2016, the CofE signed a memorandum of understanding with the Department for Education, stating that when local church-led trusts lack capacity to take on ‘inadequate’ schools, the regional schools commissioner could look at takeovers by trusts which did not have “appropriate Church governance”, provided they “safeguard the religious character of the school”.

However, in this case, the RSC – Dominic Herrington – only approached the Good Shepherd Trust, according to documents seen by Schools Week.

Another email from the RSC’s office states that SFET did “not meet the requirements under the MOU to sufficiently safeguard the religious character of Ripley”.

Carter objects to the idea that his trust is not an appropriate sponsor for a church school and said SFET would still consider Ripley “even at this late stage”.

“We have a very high national reputation, we are committed to village schools and we offered them church protection,” he said.

For his part, Tear said the diocese already works with some multi academy trusts in Surrey and intends to encourage the growth of new ones.

“We understand the need and importance of our Church schools working closely with other local community schools.”