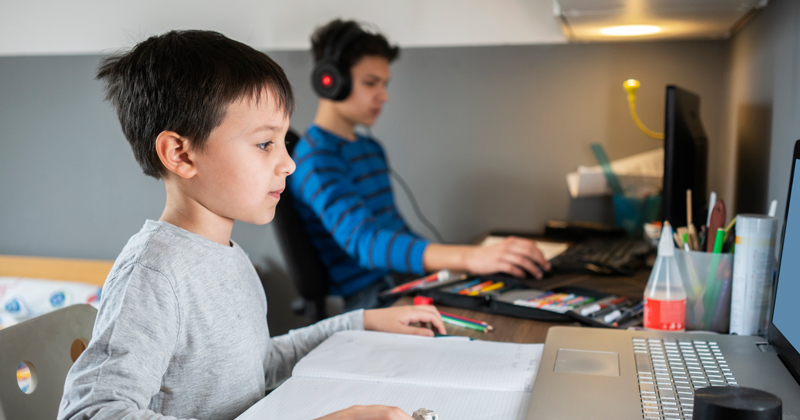 The government is under growing pressure to say how it will help disadvantaged pupils access online learning during partial school closures, with the cost of internet access the “single biggest issue” for poorer families.

Boris Johnson announced last night that schools will move to remote learning for most pupils until at least the February half term.

During a televised address to the nation, the prime minister said the government would provide “more devices to support remote education”.

However, the Department for Education is yet to provide further details of the support pledged, or whether it amounts to anything more than what was already promised before the announcement was made.

It follows calls for telecoms providers to “zero-rate” online education platforms so they don’t use up mobile data, amid fears that the poorest pupils will struggle to access them because of cost concerns.

The DfE announced in mid-December that it would provide “hundreds of thousands more laptops and tablets” from this month, taking the total to more than a million by the end of this academic year.

This would include allowing schools, academy trusts and councils to order devices “before they experience disruption to face-to-face education”. Schools had previously been told to request devices only if in-person learning was disrupted, for example because of an outbreak requiring pupils to self-isolate.

According to progress data published by the DfE, 562,421 laptops and tablets had been delivered or dispatched to local authorities, trusts, schools and colleges as of December 18, with 341,869 of those sent in the 2020-21 academic year.

It is not clear whether Johnson’s pledge means the government intends to increase its target to over 1 million this academic year.

The DfE also offered disadvantaged families free increases to their mobile data, but data from the department shows only 205 requests were made under a pilot of the scheme.

Matt Hood, the principal of the government-backed online learning platform, said this week that moves to remote education “must be matched by support to make sure every child has access to a laptop and internet data”.

“The cost of internet access to the poorest families is the single biggest issue that is preventing all children being able to access learning during lockdown. What’s more, once again it’s the poorest families that are hit hardest, with the risk of being locked out of lockdown learning altogether. We simply cannot allow this digital divide to determine the education that children receive – we need a universal solution and we need it now.

“It’s time for the big four Telecoms firms to step up and do their bit. It’s very simple: make education sites zero-rated. This cannot happen soon enough and we would urge them to do the right thing and to do it quickly.”

It follows calls from a group of politicians to address the digital divide.

A letter sent yesterday by Labour MP Siobhan McDonagh, signed by former education secretaries Lord Blunkett, Alan Johnson, Baroness Morris, Ed Balls and current education select committee chair Robert Halfon, called on the prime minister to “urgently ensure that every child away from school has the data and device that they need to log in and learn from home”.

This would “require a register of which children are without the technology or connectivity and a clear plan for how they will quickly receive this”.