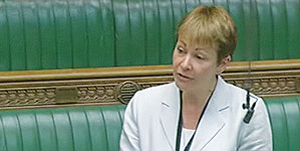 Education ministers have committed to greater transparency around regional schools commissioners, following criticism of them as “unaccountable and opaque”.

Responding to a parliamentary question, Children’s Minister Edward Timpson said the Department for Education would start to publish a register of interests for the regional schools commissioners (RSCs) from the new year.

Details of meetings held by RSC-led headteacher boards would also be published, he said, though this will not apply to meetings that have already been held.

Last week, Schools Week reported that Green MP Caroline Lucas had called on the government to publish more information on the new ‘middle tier’, as it emerged that RSCs will be given strong new powers next year.

Ms Lucas also tabled a parliamentary question, asking the government to commit to publishing registers of interests and meeting minutes for the RSCs.

In response, the Children’s Minister Edward Timpson today said: “As the new regional schools commissioners’ roles are becoming established we are reviewing our approach to ensure that processes are sufficiently transparent.

“The Department for Education intends to publish a record of future headteacher board meetings and a register of interests of regional schools commissioners in the new year.

“We are considering the most appropriate way to do this without compromising the boards’ ability to provide free and frank challenge, as well as personal and commercially sensitive information.

“We do not intend to retrospectively revise and publish a note of past headteacher board meetings.”

Speaking to this newspaper last week, Ms Lucas said she thought it would be “totally unacceptable” to give new powers to “unaccountable and opaque regional schools commissioners”.

“The Secretary of State must publish the minutes of regional schools commissioner board meetings and a register of interests, so the public can see how decisions about our schools are being made and why,” she said.

Appointed by the Secretary of State, RSCs have a remit of tackling underperformance in academies and boosting the number of academy sponsors.

From next June they will make also make decisions on which free school applications are approved, where currently they only make recommendations to ministers.

Commenting on the response from Edward Timpson, Caroline Lucas MP said: “It is a real step forward that the Minister has committed to greater transparency to address the serious lack of accountability of regional schools commissioners and headteacher boards – not least as it seems clear the role and powers of RSCs are set to expand.

“It does ring alarm bells, however, that the commitment to publish information is being shaped by considerations of ‘commercially sensitive information’ and that they will not publish past notes of meetings. RSCs are taking critical decisions about our children’s schools – including influencing whether new free schools get the go-ahead and monitoring performance of academies.

“We have had some progress but we cannot have a compromised transparency framework where considerations relating to profit and competition take priority and restrict the information parents and the public get to see.”