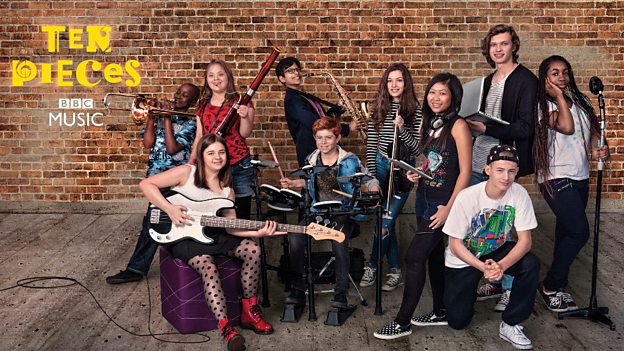 Popstar Pixie Lott and former Doctor Who Christopher Eccleston are just a couple of the celebrities announced today as presenters for a new BBC Music film aimed to introduce secondary school pupils to classical music.

The Ten Pieces Secondary film, which will launch for schools in cinemas across the UK in October, has been commissioned and produced by BBC Learning as a follow on to this year’s Ten Pieces Primary.

Designed to act as an “exciting” gateway to orchestral music, the film showcases Ten Pieces of music — representing a wide range of styles and eras relevant to the secondary music curriculum.

Each piece is introduced by celebrity presenters, using a mix of live action and animation.

Vikki Stone said: “I grew up with classical music in my bones, so I am thrilled to part of this wonderful project. It’s important to keep the spirit of classical music alive, as without its influence, we’d have none of the modern music we listen to today.”

Once students have seen the film, schools can access online resources for pupils to develop responses inspired by the music — either through dance, animation, performance poetry, composition or digital art.

Schools will be able to attend live performances of the Ten Pieces across the country throughout the year. They can visit www.bbc.co.uk/tenpieces to book free cinema tickets for the screenings.

Tony Hall, BBC director-general, said: “I’m so proud of this campaign, the biggest commitment the BBC has ever made to music education in our country.”