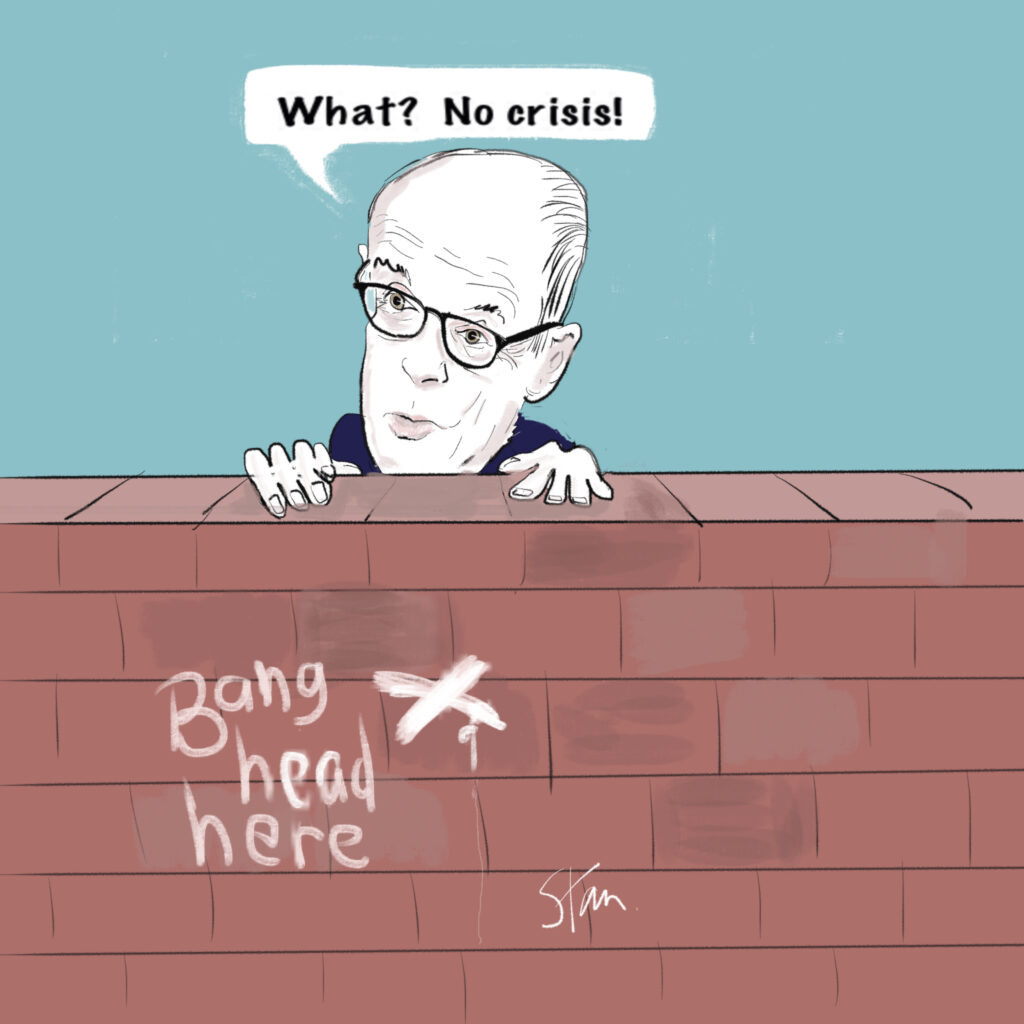 Teacher recruitment targets missed, vacancies up almost tenfold and a stark warning from key auditors, but still no crisis, according to Nick Gibb.

The schools minister was characteristically stoic in his continuing refusal to use the word “crisis” when he appeared on the BBC’s Daily Politics programme earlier today, despite strong words from the National Audit Office in its report on the matter, released this morning.

The NAO report criticised the Department for Education for failing to hit teacher recruitment target for four years running, and included figures which seemingly vindicated calls of a growing recruitment crisis from beleaguered headteachers.

Pressed several times on whether the NAO was in fact the latest sign of a crisis, Mr Gibb instead referred to problems created by “the challenge of a strong economy”, with high demand for graduates, and described government initiatives like bursaries aimed at attracting people to the classroom.

The MP for Bognor Regis came under fire last July for telling the TES that he didn’t believe there was a crisis relating to teacher numbers, and has previously been accused, along with other ministers, of burying his head in the sand over the issue. During his Daily Politics interview, Mr Gibb also proved he was more than willing to bat for the government in its criticism of teaching unions and Labour, which have both come under recently for alleged scaremongering.

Mr Gibb said: “What we want is for everybody to be helping us to encourage people to come into teaching not spreading a negative message, which is what we hear from Lucy Powell, the shadow education secretary.”

His comments echo those of a Conservative source in response to the NAO report, which said the “negative picture” painted by the unions was the “greatest threat” to recruitment and called on unions and Labour politicians to back the government’s plans to increase teacher numbers.

Ms Powell has said the NAO report should be a “further wake-up call for the government”, which she said was “in denial and neglectful” about teacher shortages.

She said: “The teacher recruitment and retention crisis is serious and growing, with schools struggling to get teachers with the right qualifications in front of classes in subjects vital to our country’s economic success.

“Having enough high-quality teachers is the first job of any education secretary, yet year after year she has failed to attract and retain enough teachers in our schools. This record of failure is threatening school standards and the future success of the next generation.”