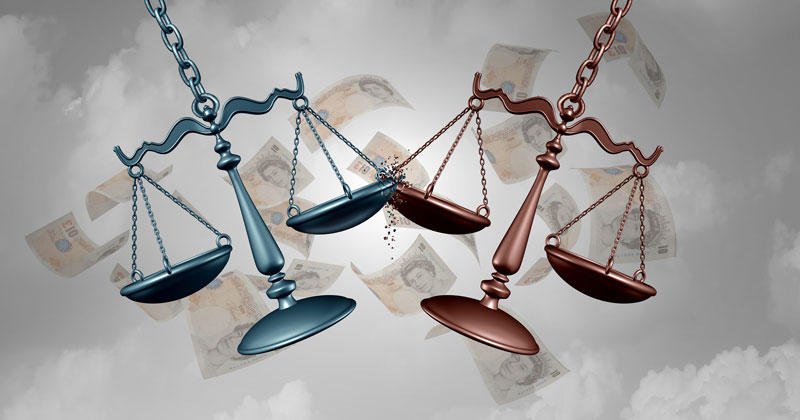 A cash-strapped council is trying to sue an academy trust for more than £4 million over alleged unpaid services.

Lambeth council in south London has been in an escalating legal battle with the Parallel Learning Trust (PLT) for more than three years. The government has stepped in in an attempt to resolve the long spat.

According to PLT’s accounts, the council has issued a claim of almost £3.38 million for unpaid payroll services, a pension contribution shortfall of £929,000, court fees of £10,000, and “other charges” for services totalling £28,779.

Two of PLT’s seven schools are based in Lambeth. However, the trust’s counterclaim argues that the council owes it £1.6 million in relation to “funding and unpaid invoices”.

The trust’s accounts say that a reduction in high-needs top-up funding had been “challenging”, and criticised the council for declining “repeated attempts to renegotiate this”.

The dispute has been described as a “symptom of a lack of funding across the sector”, particularly in high needs, which council papers say is “not sustainable”.

The Education and Skills Agency is acting as an arbitrator in a dispute that has resulted in PLT repaying £28,333 a month since February last year.

A spokesperson for Lambeth said the “significant payroll debt” was accrued after the trust formed in 2014. Both parties were working with the ESFA to come to “a reasonable repayment agreement”.

A spokesperson for PLT said its payroll debt was an “historic issue” that arose under the “previous regime”, and insisted relationships between the council and trust were “stronger than ever”.

Accounts for 2016-17 show its chief executive, human resources manager and financial accountant were dismissed for “attempted falsification of salary-related documentation”.

The accounts said “there was no financial loss to the trust as a consequence of this impropriety”.

The spokesperson added: “We can confirm that we anticipate concluding a settlement agreement shortly.

“At all times Lambeth and PLT have worked closely with the ESFA to manage the issue. The ESFA is aware of the matter and has approved PLT’s financial plan to move the trust forward.”

At the time PLT argued that Lambeth owed it £1.58 million. The dispute also seems to touch on a wider national issue over squeezed high-needs funding.

Papers from a meeting of the Lambeth Schools Forum in October last year said spending in the high-needs block was “not sustainable”.

The forum agreed to transfer 0.5 per cent of the schools block funding into the high-needs block for 2018-19, and asked the same transfer to be made in 2019-20 as cost pressures were “continuing and increasing”.

Julia Harnden, a funding specialist at the Association of School and College Leaders, warned of a “crisis in funding in high needs and across the sector more broadly”.

“The vast majority of providers are doing an excellent job for pupils that aren’t able to access mainstream education, but the funding crisis is hitting all parts of the sector. The pressure on funding for alternative provision is a symptom of the lack of funding across the system.”

A report from the Local Government Association, published in December, warned that the pressures on high-needs funding have “forced the system to a tipping point”, and warned that most local authorities “are in deficit on their high-needs block, believe high-needs spending pressures will continue to rise, and have little confidence in their ability to balance budgets”

A spokesperson for the ESFA said it was working with both parties and it “would not be appropriate to comment on ongoing legal proceedings.”