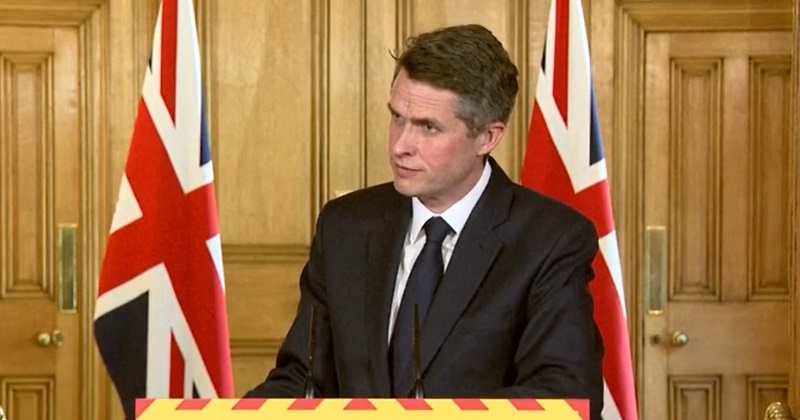 Schools will get “proper notice” before they reopen so they are “able to prepare” for the return of pupils, the education secretary has said.

Gavin Williamson, leading Downing Street’s daily coronavirus press briefing today, insisted that ministers would not think about reopening schools to all pupils until the government’s five tests for beating the pandemic are met.

Schools have been closed to all but the most vulnerable pupils and the children of key workers since March 20.

The Sunday Times today reported that the government was drawing up plans that could see schools return as early as May 11, prompting calls for an end to “irresponsible speculation” from the NAHT school leaders’ union.

In response, the Department for Education insisted “no decision” had been made on when to reopen schools, and said they will only re-open “when the scientific advice indicates it is the right time to do so”.

During today’s briefing, Williamson accepted people were “anxious” to know when schools would reopen.

“Of course, I want nothing more than to see schools back. Get them back to normal. Make sure the children are sat around learning and experiencing the joy of being at school,” he said.

“But I can’t give you a date. Because before we do, we need to meet five tests.”

The tests are those set out by first secretary of state Dominic Raab earlier this week. They are: protecting the NHS’s ability to cope, a fall in daily death rates, reliably data showing decreasing infection rates, confidence in testing and personal protective equipment (PPE) capacity and confidence that changes to the government’s approach won’t risk a second peak of infections.

“When we can be sure that we have met these five essential points, we can think about getting children into schools again,” Williamson said, adding that his department is working with the sector to consider “how best” to reopen schools “when the time is right”.

He also pledged to give teachers, parents and children “proper notice so they are able to prepare”.

Williamson also insisted there are “currently no plans” to keep schools open over the summer holidays.

The Sunday Times today claimed this was a possibility under one of three different plans drawn up by ministers.

But Williamson said today: “We are in a stage in terms of dealing with this pandemic where there are an awful lot of questions that sadly people would love to have answers to but in terms of how the virus develops, we have to see that.

However, Williamson did point to examples, such as the recently-announced Oak National Academy, of schemes aimed at helping pupils catch up on learning.

The education secretary said he was “profoundly grateful” to those working in schools and other education settings for the “vital role they’re providing in our communities”.

“One of the key issues with children, thankfully, we do know that they seem to be less severely affected by this, but we still have a huge amount to learn about the virus generally, about its transmission, and that is particularly the case with children.”

It comes amid growing concerns about the availability of PPE to frontline medical staff, but fears have also been expressed about the safety of those working in schools.

Asked whether school staff should wear PPE, the education secretary said their safety was “paramount”, but simply pointed to existing guidance, which states that staff do not require equipment to do their jobs.

“We’ve issued guidance, we’ve worked with the sector and explained what’s needed and what’s required and been very clear about that.”

He added that Public Health England had “spoken directly with unions as to what is required to give them the reassurance that we are doing everything that is required to support teachers and those who work in schools”.