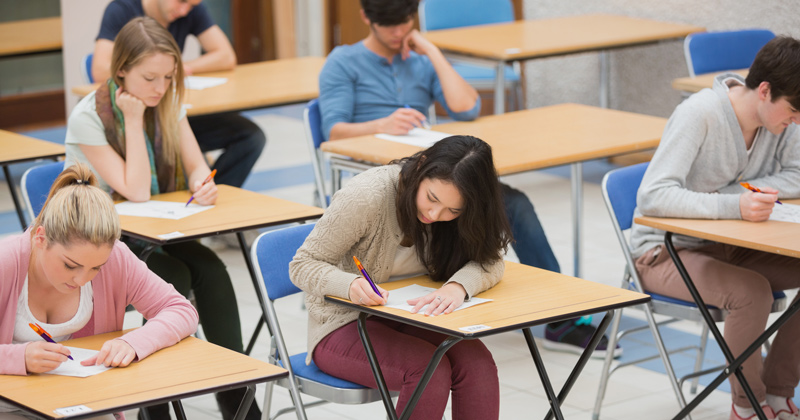 GCSEs and A-levels grades will be awarded “on the basis of moderated assessment” this year following the cancellation of summer exams, a sector leader familiar with the government’s plans has told headteachers.

Leora Cruddas, the chief executive of the Confederation of School Trusts, told members of her organisation in an email last night that she believes there will also be a “mini” exam session in the autumn for those young people “who feel that they could have done better than their predicted grade”.

Gavin Williamson, the education secretary, told Parliament yesterday that schools will close to most pupils from Friday afternoon, and that this year’s SATs, GCSEs and A-levels will be cancelled.

A lack of detail on the proposal has prompted questions and concerns about how university and college admissions will be handled without exam results, and speculation about how the government might handle the matter. Williamson is not due to set out the government’s full plans until tomorrow.

Jonathan Simons, a former Downing Street education adviser and now a director at Public First, wrote in Schools Week last night that the most likely and simplest way to make sure pupils receive grades this year is to have moderated teacher assessment.

And Cruddas, whose organisation represents academy trusts and who has been in regular contact with Williamson and civil servants, said in her letter that this was her understanding too.

“There will be no primary assessment. GCSEs and A-levels will be awarded on the basis of moderated assessment with the exam boards and Ofqual,” she wrote.

“Of course this is not ideal. But I am persuaded there is no better option. For those young people who feel that they could have done better than their predicted grade, I believe there will be mini-session in the autumn.”

It comes after Williamson told the Today Programme this morning that the government’s approach to exams was “not the perfect way that anyone would be wishing to approach it”.

“But we are not going to be in a position where we with confidence would be able to run a full exam programme. We have to make sure we do things to be as fair as possible with all pupils.”