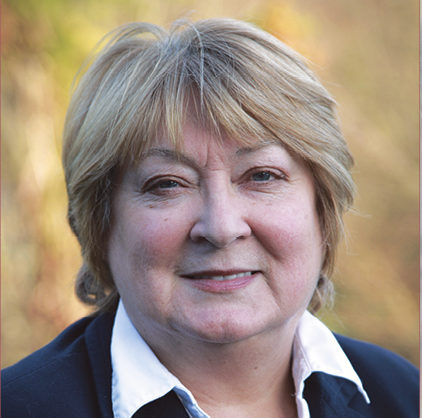 The leader of an academy trust under investigation by the Education Funding Agency (EFA) has launched a scathing attack on the government’s financial management.

Dame Dana Ross-Wawrzynski (pictured), chief executive of Bright Futures Educational Trust, told a Westminster Education Forum event in London on Monday that there was “not enough money in the system” and accused the government of trying to cover up information about its own spending.

Her comments follow a decision by the EFA to issue her trust with a financial notice to improve, citing the “weak financial position and financial management” of its seven schools, a university technical college and sixth-form college in the north west.

Ross-Wawrzynski said there needed to be a dialogue between the Department for Education (DfE) and the profession about finance, and warned that schools had been waiting for the new national funding formula “for far too long”.

She claimed she had been told by the government not to respond to a freedom of information request from a member of the public asking how much the trust received from the EFA.

“We know that the amount of money in the system is not enough to meet the needs of the system.

In my own MAT I spend £300,000 per year to have a team of psychologists work within my organisation

“In my own MAT I spend £300,000 per year to have a team of psychologists work within my organisation. We pay that out of our top-slice of 4 per cent. We really struggle. In one of our schools we have more than 100 child protection cases every month and we have to meet the needs of those children with those traumas.

“Where can I go and discuss that with the politicians to actually ensure that there is proper funding? How does a MAT manage when it has a lag in funding of £2 million? And yet the government can find time and money to develop UTCs where they’re not needed and not wanted?”

Ross-Wawrzynski’s trust currently runs Wigan UTC, which has had recruitment problems and has been criticised for paying its principal the equivalent of £1,000 per pupil.

Her worries about finance were backed up by David Atkinson, the headteacher of Dr Challoner’s grammar school in Amersham, Buckinghamshire, who claimed funding for schools was being squeezed as the apprenticeship levy and pension commitments increased pressure on budgets.

He said the situation was leading him to be “economical with the truth” when speaking with parents as he needed to create “a sense of trust in my parent body that the education we provide is not particularly hampered by the financial constraints.

“I actually run the second worst-funded secondary school in the country at a per-pupil level so the pressures are significant.”

Ross-Wawrzynski also questioned the transparency of the regional schools commissioner system, claiming their introduction had been “rushed through” before the last general election.

“I understand why it was rushed,” she said, “but nevertheless… I would put a very big question mark [over their quality]. And who holds government and those who appointed the regional commissioners [to account]?

“The rest of us have to work under those particular regional commissioners. The mistakes that were made and the stress in the system is unacceptable and yet there is nobody, no one, that we can hold to account.”