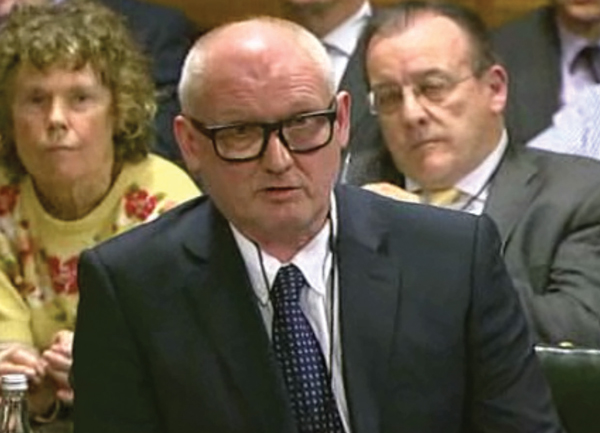 The contract between a firm owned by Sir Greg Martin and the leisure centre linked to the school he used to run was “too generous”, the charity watchdog has ruled.

The Charity Commission has today published the findings of its 20-month investigation into the Durand Education Trust (DET), which holds land belonging to the Durand Academy, in London.

However Martin, chair of governors at Durand Academy Trust (DAT) and also its former executive head, said the government had approved the contract, which he says enables millions of pounds in profit to be pumped back into the academy trust.

The statutory inquiry was launched after Martin appeared at a public accounts committee last year, where it was revealed he earned more than £400,000 in one year – wth around half of the income coming from his work at the academy trust and half from a management firm which Martin ran called GMG.

The charity watchdog probe examined the legality of a contract between GMG and the leisure centre on school land, which is owned by the DET charity.

Martin was a trustee of both DET and DAT when the contract renewal was signed.

– A clause in the contract was “too generous” as it stated Martin would be paid up to £1.8m if the contract between Martin’s management firm (GMG) and the company running the leisure centre was terminated for any reason

– Martin’s firm, GMG, was paid an average annual management fee of nearly £170,000 as part of the leisure centre contract, and was in line for another £840,000 in the next three years

The investigation findings come just weeks after the government issued Durand Academy Trust with a notice of intention to axe its funding. Who is who? Durand’s complicated web of connected parties

The commission said that “those involved [with the contract] did what they considered at the time to be in the best interests of the academy”, but found the trustees did not discharge their duties and responsibilities as charity trustees.

The report states this was “partly because they did not distinguish between the charity and other legally separate entities connected to Durand Academy”.

The Education Funding Agency has previously highlighted the complicated web of links between both the academy and charity trust, but also the firm that runs the leisure centre (London Horizons) and Martin’s management firm (GMG).

The commission ordered DET to review the contract terms, but investigators said trustees were unable to demonstrate “to the inquiry’s satisfaction that the level of remuneration [to Martin’s company] was ‘reasonable in all the circumstances’.”

“The commission therefore concluded the original remuneration terms of the 2012 contract were too generous.”

But after being told to review the arrangement, the DET trustees and Martin “acted responsibly” by agreeing to “substantially reduce” the remuneration. The special pay-off is now capped at £850,000.

The commission said this is a “substantial benefit” to London Horizons and DET of around £1m that can be spent on charitable purposes. Schools Week can also reveal that Peter Lauener (pictured right), chief executive of the EFA, flagged up the severance payment as a cause for concern as part of a pre-termination notice issued in July

The concerns were included in an annexe to the notice, which the EFA has not published, but Schools Week has seen.

Martin was due 50 per cent of 3.5 times the average previous three years’ gross turnover of the leisure centre, should his company’s contract be terminated “for any reason whatsoever”.

That worked out at £1.75m based on the company’s turnover for the last three years.

But the EFA said that London Horizon’s turnover was “significantly inflated” because it does not pay rent to DET for use of the school site, and charges the academy trust for pupils’ swimming costs.

The government, in the notice, stated: “The EFA has repeatedly asked for information as to how DAT will manage this conflict of interest… over the running of which Sir Greg exercises huge influence, has agreed to pay indirectly Sir Greg very generously for activities including a seven figure termination payment whatever the cause of the termination.”

But Martin, speaking to Schools Week on Wednesday, said the contract had “nothing to do with the EFA”.

He said that the EFA approved the contract when it was signed off in 2012, saying the government had encouraged the academy trust to set up under the current model.

The commission found London Horizons has generated covenanted profit of £3.7 million to Durand primary and then DET.

This money, Martin says, has allowed the school to provide free boarding to disadvantaged pupils.

DET also released statements which they said appeared in the executive summary of the report, but not in the final investigation.

DET said the summary concluded that it seems “most unlikely the benefits to the school and community would ever have happened without his [Martin’s] abilities and enterprise”.

In a lengthy response sent to Schools Week at 7.30pm last night, DET said a “uniquely creative individual created a vision and put it into practice in a way few could ever have achieved. DET is proud of this and of what has been done for Durand’s pupils.”

it added the trust will seek an apology from the public accounts committee for mistakenly claiming the Durand sites did not belong to the education trust and said the report means DET can move on from “fighting for its life” to be “strengthened”.

Martin said he is “puzzled and bemused” that after a two-year “forensic investigation” the commission failed to address the “pivotal role of the EFA” and why DET trustees, “as lay people, should have been able to rely on upon the role, advice and oversight of the EFA as regulators. In this they have been let down.”

The commission has said it will monitor if any further work over potential conflicts of interests are properly managed and that transactions between DET and connected parties are conducted in accordance with charity law.