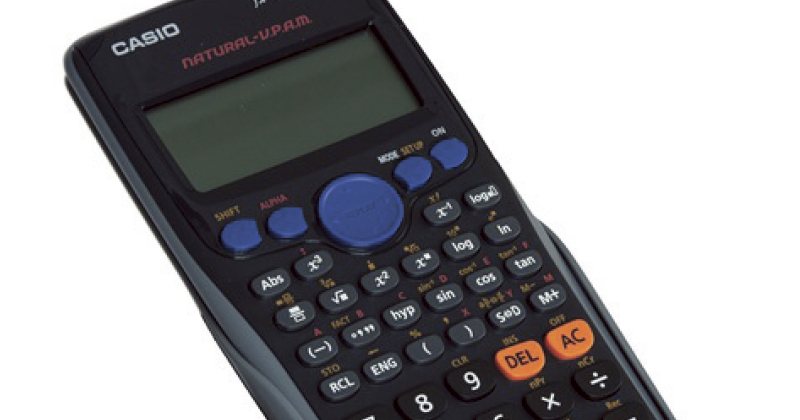 A change in the A-level maths specification that forces students to fork out an extra £10 for an advanced calculator is a “positive step” for the subject, says Charlie Stripp, director of the National Centre for Excellence in the Teaching of Mathematics.

He said that using these calculators “massively outweighs the increase in cost” and that the use of more advanced technology at A-level was a “step towards real-world maths”.

New standards for the A-level set out by the Department for Education (DfE) require calculators to include an “iterative function” with the ability to compute summary statistics and “access probabilities from standard statistical distributions”.

A DfE spokesperson said the A-level content advisory board, which assisted the government on the qualification’s reform, recommended the change.

“The new qualifications are intended to ensure that students develop the skills needed for progression to university and employment.”

It is believed the specification change was needed because exam candidates will no longer be given tables of values for statistical distributions.
John Jackson, a former maths teacher in London, warned the cost implications could disadvantage students from low income backgrounds.

“The change means many students and schools will have to purchase new calculators for no great improvement in learning.”

But Stripp said it was a “red herring” to talk about the added cost because “in the real world” maths used advanced technology “all the time”.

“The subject is greatly enhanced by the use of technology and technology needs to be embedded in how it is taught,” he said. “To not make technological requirements on the maths A-level would make it eventually become irrelevant. It would be in the dark ages.

“I see it as only a very positive thing [the upgrade in technology] because being able to use maths in a technological context and being fluent with using technology and maths together to solve problems is what we want people going into technical fields to be able to do.”

He added: “In the overall scheme of things that extra cost is not relevant when you compare the advantages of actually embedding technology properly into the way students are learning maths and their experience of using maths being driven by technology.

“I don’t think it is disadvantaging poor students. We are talking about tens of pounds rather than hundreds or thousands. It is a step in the right direction.”