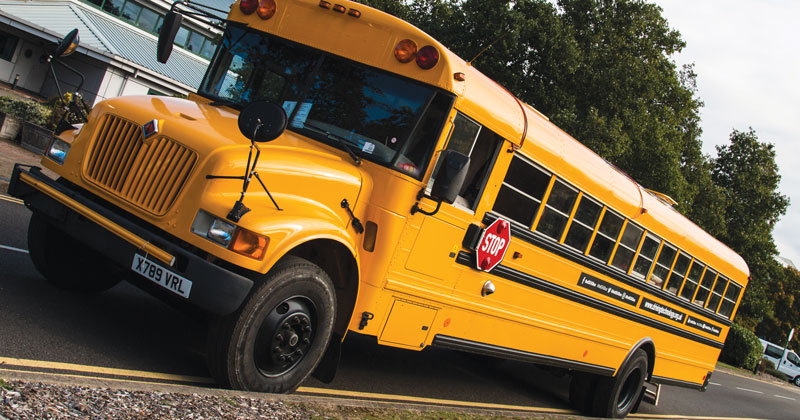 An American school bus fitted with the latest in digital technology is about to tour the UK.

The IDEAS Bus, which launched in November last year, provides demonstrations of the latest technology including virtual reality and 3D printers.

It aims to enable educators to stay in touch with the latest advances and to give pupils the chance to use equipment that is not always readily accessible at school or home.

It is also hoped that the project will help to secure the future of British business and technology by getting pupils engaged with technology and innovation.

The bus will now tour the UK, following its launch at Oakington Manor school in Wembley, north London. The first visit will be free.

The launch was attended by the mayor of Brent, a local councillor and the television personality Shaun Wallace, a former pupil at Oakington Manor who regular appears on ITV quiz show The Chase.

The project, which is run by the company Driving Technology, has also received backing from England footballer, Raheem Sterling, who sent a message of support.