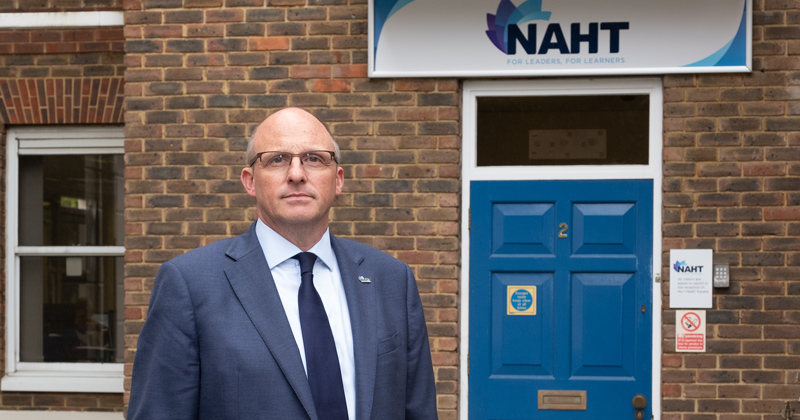 A decision by the government to hand schools less money than is due to be spent on fixing potholes has been branded “inexplicable” by a headteachers’ union.

Philip Hammond pledged this afternoon to give schools an extra £400 million in capital grants, but this pales in comparison to the £6.7 billion needed to bring school buildings up to scratch.

The £400 million investment is also less than the £420 million offered up to fix pot holes on the country’s roads, and the comparison has been lambasted by unions.

Paul Whiteman, general secretary of the National Association of Head Teachers, said school leaders and families will be “infuriated”.

“On one hand, he has acknowledged that school budgets are under pressure, and that hard-working families have shouldered the biggest burden of austerity,” Whiteman said. “But on the other, he has failed to find any new money to restore the £2.8bn of real terms cuts made since 2015 and done nothing to alleviate that pressure.”

He pointed to a recent acceptance by the government that schools are now expected to do more and said it was “utterly inexplicable that there was no new money for schools in this budget”.

“Instead, the best news for schools was a £400 million one off fund for next year to help schools ‘buy the little extras’ that they may need. The school funding crisis is far too deep to be solved in this way. The average payment to a primary school will be £10,000 but primary schools have seen their budgets cut by an average of £45,000 since 2015. In secondary, the cuts have been even more dramatic.

Chris Keates, the general secretary of the NASUWT union, said the announcement was “deeply insulting and disingenuous”.

“A modest one-off capital payment to schools will not help schools continue to meet the increasingly complex needs of children and young people and ensure that pupils have the resources they need to learn,” she said.

“By failing to address the issue of teachers’ pay, many more teachers will be lost to the profession and the education of children and young people will continue to suffer.

“‘Austerity is coming to an end’ the Chancellor claimed today. Tell that to the children, young people and the schools workforce for whom today’s Budget added insult to injury.”

Kevin Courtney, joint leader of the National Education Union, said the chancellor had shown “the depth of his ignorance on school funding”.

“Schools have a £2 billion shortfall in funding a year – which is set to get worse. Capital funding has been cut by a third. A £400 million one off payment for ‘little extras’ will do nothing to address this.”