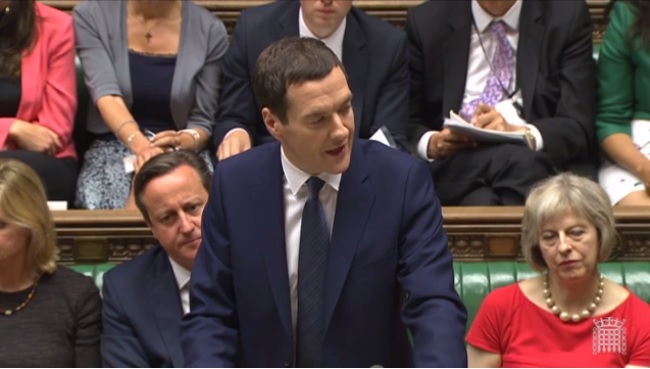 At least a quarter of secondary schools will be given funds to run a longer day, Chancellor George Osborne will announce today.

The Chancellor will also use his eighth budget to pledge that every school will become an academy by 2020, as revealed yesterday.

A funding package of £1.5 billion has been put aside to support academy conversion and to help schools stay open longer. This is the equivalent of around £300 million per year until 2020 and is additional to the protected schools budget.

In a statement, Mr Osborne said funding for extended hours would be available to “at least 25 per cent” of schools and he would support secondaries who “want to offer their pupils longer school days with more extra-curricular activities like sport and art”.

Schools will be required to bid for the funding which will provide “at least an additional five hours a week” and can be spent on lessons or after-school activities.

In last November’s spending review, Mr Osborne wrote that there was a government “goal” of “ending local authorities’ role in running schools” and replacing them with academies.

Today, Mr Osborne will pledge that all schools must either convert to being an academy by 2020, or have an academy order in place so they are committed to converting by 2022.

Schools failing to do so face sanctions from the government which will be given “radical new powers to intervene” should the situation arise.

The pledge gives context to recent comments by national schools commissioner David Carter who said last week that 1,000 new multi-academy trusts will be needed by 2020.

Extra funds were available in the past to encourage the creation of new multi-academy trusts, but a recent Schools Week investigation revealed how more than £850,000 was given to groups who never opened a single school.

Mr Osborne is expected to say that his plans “put the next generation first” and “make sure that every child gets the best start in life”.