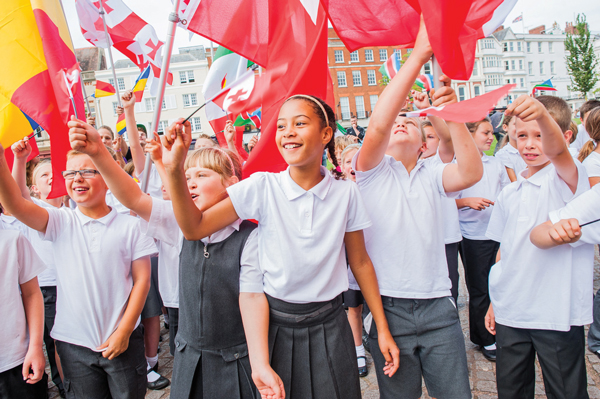 Schools across England and Wales have the chance to be part of the opening ceremonies when this year’s Rugby World Cup kicks off in September.

The welcome ceremonies for each of the 20 participating teams are open to groups of between five and 50 pupils from primary, secondary and special schools, and will feature a vocal performance by the selected schools.

The ceremonies, across venues in both countries, will also include the formal presentation of official tournament caps and Rugby World Cup 2015 participation medals.

Chief executive of England Rugby 2015, Debbie Jevans, said: “We are delighted to offer schools the opportunity to be part of the Rugby World Cup 2015 welcome ceremonies.

“They will welcome each of the teams to the tournament and will celebrate the game of rugby, the local community and the participating teams.”

Go to http://www.youthsporttrust.org to enter. Applications close on March 22 at 5pm.