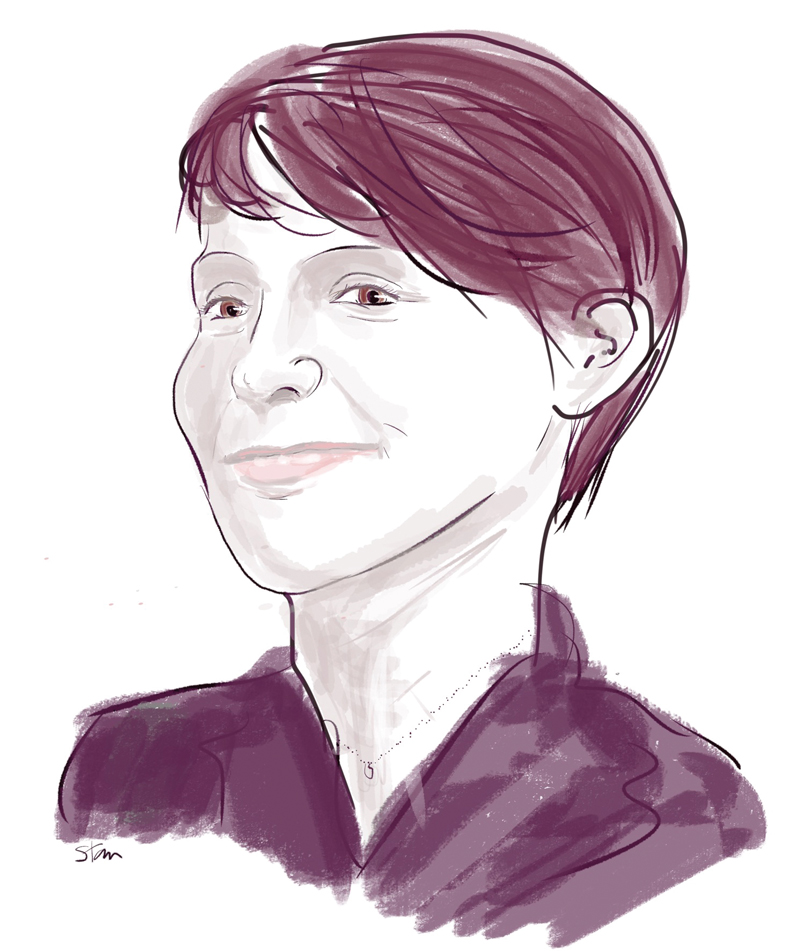 When Becky Francis was announced as the new director of the UCL Institute of Education, the largest education research body in the UK, there was something of a collective cheer across the sector.

Her reputation for being calm and clear was sealed after her appearance a few years ago at what must rate as one of the weirdest ever education committee sessions.

It was December 2013 and the topic of the evidence session was notionally the underachievement of white working-class children. Unfortunately the MPs sitting on the committee couldn’t agree on what “working class” meant. Some thought of it as income related, others occupational; David Ward, the Liberal Democrat MP, even claimed that class “is diet, it is social activity, it is politics, it is the dress”. That’s right, class based on dress.

Francis kept a straight face but even her calm veneer slipped when Professor Robert Plomin, an American scientist specialising in genetics, told the committee that within five years children would have their DNA sequence on a chip that teachers could scan to genetically identify likely under-performers before pushing extra resources their way.

Plomin held court for much of the session, and it was obvious Francis was chomping at the bit. When she eventually jumped in, she made a point so obvious it seemed amazing no one had ever connected it before with working-class underachievement: that parents’ own school experiences affected how they communicated with their children about the importance of school.

“Why couldn’t Asda or Lidl find out what info working-class parents want from schools?”

It felt like a revelation and has stayed with me since, so I ask her more when we meet on a sweltering day in her small room in King’s College, London, overlooking the Waterloo roundabout. Her appointment at the institute begins in July. Until then she remains in her post as professor of education and social justice at King’s.

She explains: “Diane Reay and Helen Lucy did a very good piece of research back in the beginning of the noughties and late nineties that showed that working-class parents care deeply about their children’s education, but many of them have had very poor experiences of education themselves.”

She doesn’t just mean that the parents got poor results, but says they often had “alienating experiences” in which school was something they felt they had to “get through and survive”. Common examples: teachers telling pupils they aren’t good enough, or making presumptions based on older siblings, leading the pupil to feel that they can’t ever succeed.

Middle-class parents will tell a child who is struggling to keep pushing through, she says, and perhaps offer to buy resources. A parent whose experience of school was negative, however, might go the other way: “So instead they say ‘don’t worry, don’t feel upset, we didn’t do well at school either, you’ll be fine’. The protection is borne of their own experience, but results in a very different experience for the child.”

In response to being told their academic career is unimportant, Francis argues that children find other ways to develop their self-esteem, perhaps by becoming the funniest or naughtiest child in the class.

“What infuriates me is that we talk about those kids as though they’ve got no resilience, when actually their strategy for resilience is just out of kilter with high educational attainment.”

There is a sense that the “we” could mean “the government” which has ploughed cash into “character education” and lauded “resilience” as a vital characteristic for reducing exam stress – though Francis is far too diplomatic to make such criticism outright.

Her own childhood was a mixture of working and middle class. She grew up in a village near Bath where she attended the local comprehensive, just doing well enough to stay on for A-levels. A feminist, left-winger, she was involved in student politics.

In response, much of her research has involved talking to parents and pupils, leading to her suggestion to the 2013 committee that working-class parents be given vouchers for purchasing extracurricular activities for their children – not just to give a financial boost but to empower them to make active positive decisions for their children, rather than going into self-protection mode.

She also wonders why researchers don’t look more at the brands that sell to communities. “We know how great the commercial sector is at marketing to working-class communities – why on earth don’t the government commission Asda or Lidl to find out what information working-class parents want from schools?”

Now, however, her attention is on setting. Despite children across England regularly being placed in classes based on their prior attainment, there is little clear evidence about its impact. Is it good or bad? For whom? And why?

Hence, using funds from the Education Endowment Foundation, she is part of a group running a large-scale randomised control trial, in which some schools will place pupils into classes by ability, while others will not.

Pupils in the schools involved must be set by ability, not behaviour (past research suggests working-class kids are often in lower sets because of their perceived attitudes rather than low ability), and schools must allow frequent movement between sets based on assessment data.

But some aspects she wanted to test have been a bridge too far. Almost no schools would allow the researchers to randomise which teachers are given each set – potentially showing an inbuilt bias for giving certain groupings to certain types of teacher.

Many schools were also unhappy about having to switch children’s sets mid-year.

“I find it very ironic,” Francis says. “We are talking about attainment grouping, right? It’s meant to be based on attainment, right? Nevertheless the response has frequently been… but if we move some kids up, we can’t move too many, because the set will be too big. We say that of course they have to move some kids down: the ones that are not highly achieving. ‘But we can’t move kids down out of a set! What will the parents say?’ they ask. But they’re meant to be doing attainment grouping!”

Just back from a trip to Finland, Francis points out that schools there don’t set at all, for anything (it’s not allowed under equalities law).

“People say all the time that there is a particular issue with maths, where you must set, so this was something I pressed the Finnish teachers on, asking ‘Is there anything around maths that is really difficult in mixed attainment classes?’ I kept asking, but they really didn’t know where I was coming from or what I was on about.”

For her, the Finnish example is important because it shows the difference in a country where equality gaps are so much smaller than in Britain. It also reinforces her point that culture is vital to the concept of class and about more than money, even though both are important.

Given the tricky political situation for teacher training, she is likely to find herself more constrained once taking the role at the institute, and less able to speak outwardly about inequalities and government policy. But she seems excited about the role. It is a huge opportunity and safeguarding the institution as a major university training provider will be vital as the system moves towards more school-led provision.

But no doubt in the background these thoughts about class will still be burning away and, as she proved back in 2013, even amid the madness she can still present the clearest ideas.