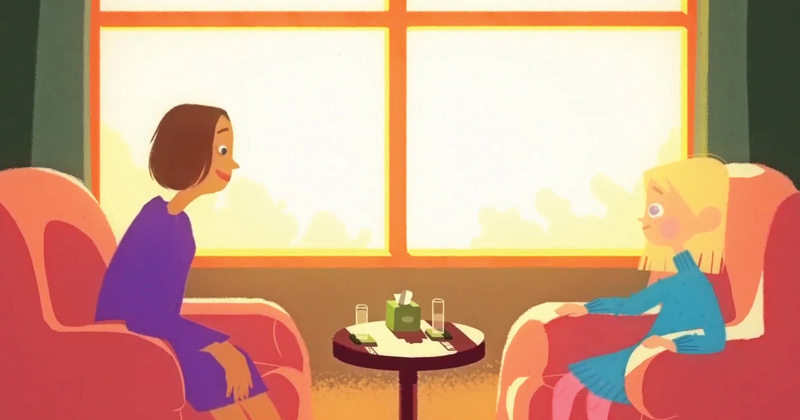 BBC Learning is releasing a series of free videos to help teachers introduce the topic of mental health to primary school children.

Produced by Mosaic Films, a documentary production company, the series, titled ‘When I worry about things’ animates the voices of children talking about their own struggles and experiences.

“This collection has been created with guidance from clinical psychologists and is designed to support teachers in introducing a potentially challenging subject,” said Andrew Tomlinson, an executive producer at BBC Teach.

“The idea with this series was to offer a solution by starting the discussion on behalf of the audience, therefore lifting the stigma surrounding them and acting as a tentpole around which issues and solutions could be discussed easily and openly.”

The videos are targeted at children aged eight and above, and are accessible via the BBC Teach website.

Pictured: A still from Annabel’s story, which explores OCD and depression