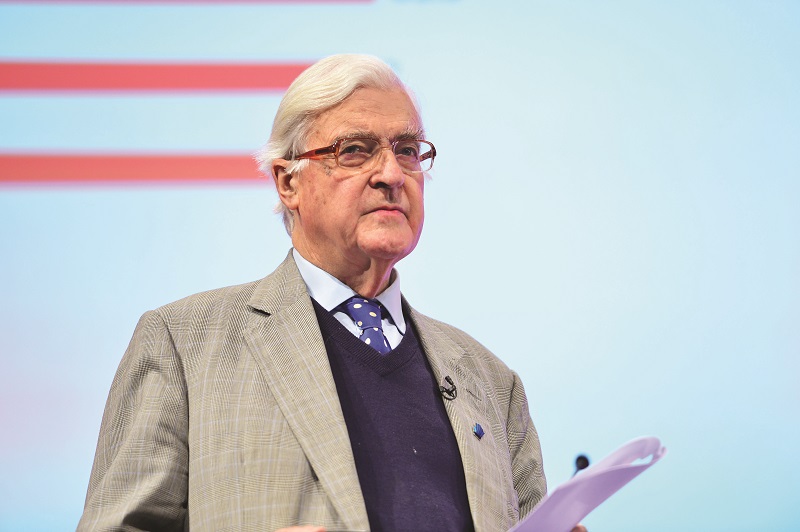 The architect of the Baker clause is attempting to use the Skills Bill to strengthen the law, which could lead to schools facing court action.

Former education secretary Kenneth Baker hopes to repeat a move he pulled in 2017, when he got the government to accept the clause as an amendment to the Technical and Further Education Act.

He announced to the House of Lords on Tuesday he is seeking to amend the government’s Skills and Post-16 Education Bill to put the clause on a statutory footing.

The clause mandates schools and colleges to give training providers the opportunity to talk to students of certain ages about technical qualifications and apprenticeships.

Speaking to sister title FE Week, Baker explained the clause currently places “an intention” for schools to offer those opportunities, which can be enforced through ministerial guidance to headteachers. Putting it on a statutory footing would make compliance a “legal duty” on schools.

If they fail to do so, providers or parents could take them to court, said Baker. He is currently having the amendment drafted before it is submitted and voted on at the committee stage of the Bill’s passage through the House of Lords, which is due to start next month.

Baker introduced the clause largely to make schools promote university technical colleges, a programme of which he was architect and which he has overseen as chair of the Baker Dearing Trust, which licenses the UTC name.

But he complained the act has been “largely disregarded” by schools up until now. He said schools have either ignored it, or have invited providers in, only to cancel later, or have arranged the visits for last thing on a Friday afternoon.

“They are desperate not to have to implement it,” he said, adding the government has “done nothing” to improve the situation, even though Baker believes: “This is the most effective way of getting good careers guidance.”

The Skills for Jobs white paper, published by the Department for Education in January to lay the groundwork for the new bill, set out a new plan to enforce the clause.

This includes a new minimum requirement about who is given access to certain pupils, “tougher formal action” on non-compliance, and making government careers support funding for school conditional on compliance with the clause.

The Department for Education has promised a consultation on the reforms, which is expected to run this summer.

But Baker is unimpressed with the promised changes: “So what? The schools will disregard it still.”

Ministers have made minimal efforts to enforce the clause, most recently when then-academies minister Lord Agnew wrote to headteachers to remind them of the obligation to promote technical education in February 2020.

The FE and skills sector has been increasingly discussing how the clause ought to be enforced, in the face of mounting evidence it is being ignored.

Research by UCAS found that one-third of students are not told about apprenticeships, and the admissions service has now pledged to become a “digital Baker clause”, providing information and advice to young people on their opportunities.

Oli de Botton, chief executive of the government’s own careers quango, The Careers and Enterprise Company, told the AELP conference last week it was “true historically that there hasn’t been enough access for ITPs or enough information about apprenticeships and technical routes for young people”.

This week, the Commons education select committee grilled Ofsted chief inspector Amanda Spielman on whether non-compliance with the clause ought to be a limiting factor on a school’s inspection grade.

Spielman said it was “unlikely” a provider would be rated ‘outstanding’ if they were found to be non-compliant, contradicting the watchdog’s deputy director for FE Paul Joyce, who said last week it should not be a “determining factor” in a grade.

Baker believes the watchdog should report on career guidance at providers, and “if the school is not actually implementing the clause, and if they’re likely to be ‘outstanding’, they shouldn’t be given ‘outstanding’.