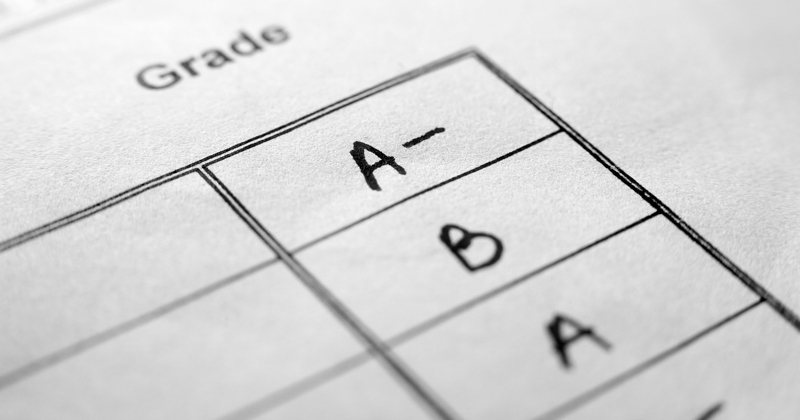 “Grades are not sweeties to be handed out as compensation”

There’s only really one way forward if we don’t want this year’s grades to become meaningless, writes James Handscombe

This summer, after committing themselves to avoiding grade inflation and promising centres wouldn’t be the final arbiters of results, Ofqual and the politicians ended up delivering a system that was (to put it mildly) nobody’s first choice. The fact that students got GCSE results at all is a success of sorts, but strategically the success was only partial. To be sure, GCSE awards were better than the epic cataclysm of A-levels a week earlier, but that still leaves plenty of room for improvement.

We look forward, then, to August 2021. Amid ongoing instability, Ofqual and the politicians are once more faced with the challenge of producing results fairly, transparently and objectively. To do that, two major areas of uncertainty require resolution: how assessment will take place, and what grade distribution should ensue. Both require some reflection on what assessment and qualifications are for, and what fairness looks like.

It is a truism oft remarked upon that you don’t fatten a pig by weighing it, but having done a stint on a farm I can provide the startling insight that you do weigh pigs that you’re trying to fatten. You weigh them so that you know which are getting fat nicely and which require extra attention. Likewise, assessment should tell us which students have learned and which haven’t.

The 2021 cohort have all lost out on education. This doesn’t make them less clever

We know that all students have lost some academic learning and that some have lost a lot more than others. What we don’t know is which individuals have been most affected, nor how large the difference is. If we are to do something about that (as we surely should) then we need assessments that give us this information, not ones doctored to give the data we want. We should therefore have exams as close to the usual format as possible. We can then compare nationally and award grades according to a suitable distribution and, importantly, then target extra help to those who have lost out.

What distribution should we then use? Should we allow 2020’s grades to reset expectations, revert to 2019 or find an arbitrary point in between? Why not make these grades comparable on the basis of knowledge learned with previous years? That would mean accepting a whole cohort of students with low grades. The question and its attendant dilemmas are a direct result of this summer’s failure to moderate grade inflation. To answer it we need to reflect honestly on the purpose of the grades.

Immediately, the next-stage educators would like to know how much has been learned – that a grade 6 this year represents the same readiness to learn new content as a grade 6 in 2019. Despite leading a sixth form, I wouldn’t argue for this for two reasons: the first is that we can work out our own support and intervention. (We don’t have much choice, in fact – the students have to go somewhere and we need the money they bring.) The second is that a lot of the ‘readiness’ is the academic ability to use knowledge, something that is more likely to be constant across a cohort than accumulation of facts.

It is this ability to learn, focus and think within academic domains that employers will later be using grades as a proxy for, which is why we should revert to the 2019 distribution. The 2021 cohort have all lost out on education and will simply not know as much as non-Covid-afflicted year groups. This doesn’t make them less clever. We should try to make sure they catch up on lost knowledge, but to claim through awarded grades that they are academically superior to previous groups is obvious nonsense that will invite critics to devalue their qualifications.

Grades are not sweeties to be handed out as compensation to children who have had a hard time – they are measurements that mean something. Or at least they should be. But unless we look this challenge squarely in the face and create a cohort of qualifications that matches those that went before, then 2021 grades will be meaningless. And that would, at best, be another partial success.