AS-level entries continued to plummet this year, continuing a trend triggered by reforms which mean AS-levels no longer count towards pupils final grades.

Most subjects saw a drop, but the largest percentage decreases were in small entry subjects and those available for the last time this year, including engineering, science, leisure and general studies. 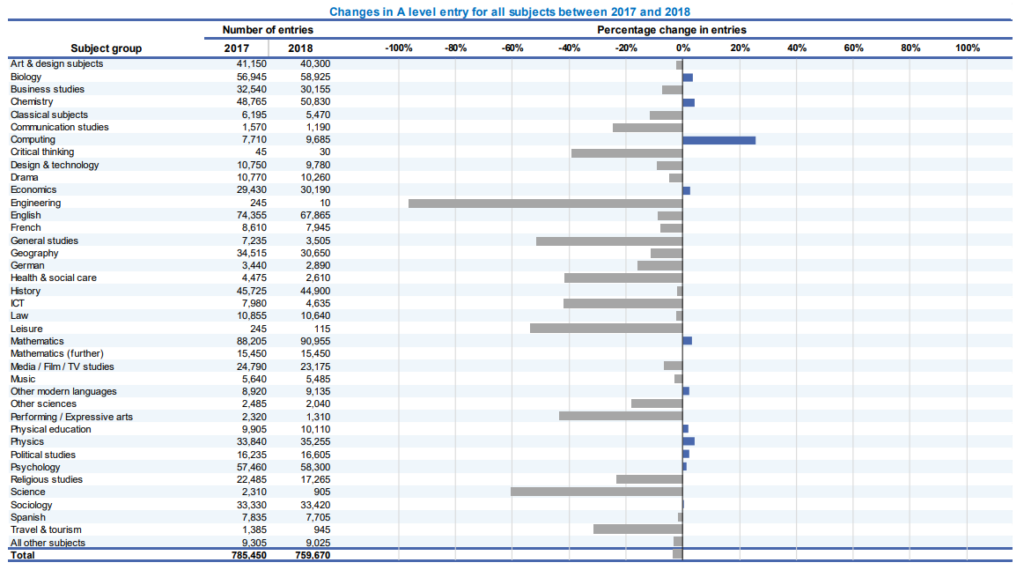