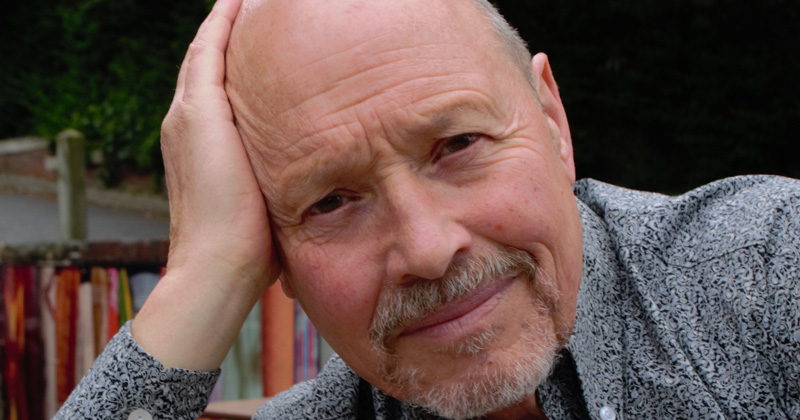 A new alternative provision free school for 13 to 16-year-olds is calling its pupils “gifted” to shatter misconceptions about troubled teenagers.

The Ideas College, a creative digital media alternative provision (AP) school, is set to open in January next year after setbacks that include site delays and the loss of “key partner” the Kids Company.

But the school hopes to secure a floor of a swanky block of flats five minutes up the river from Greenwich Pier, south east London, for its anticipated 48 pupils.

Literature promoting the school, sent to residents of the building, says that it is for “creatively gifted” youngsters who are not achieving in the “conventional education system”.

David Holloway OBE, (pictured), one of the school’s founders, told Schools Week the wording was part of a plan to challenge stereotypes.

“I remember being at a conference about AP and nobody talked about what these kids are bringing in, just their problems. They are seen as a problem.”

He said most pupils had “horrendous” backgrounds and that their behaviour was a way to “handle the world and keep adults away, because adults have been harmful to them in many ways.

“But they’ve had to negotiate their way through all that and come out at the other end – nobody gives them credit for surviving.”

Excluded pupils, or those at risk of exclusion, will be accepted from schools in the seven nearest London boroughs.

They will study five GCSEs including maths, English and media, and will each be allocated a mentor from a creative business agency with an eye to gaining a placement at their firm. Partners include the advertising giant Ogilvy & Mather.

The college will also stretch the usual 14 to 16 AP boundaries to include 13-year-olds, after demand from schools. Its application form says that this means it can provide “effective intervention at a critical transition time” for pupils.

The only obstacle left is signing the lease for its proposed new home, before builders start work from August.

But residents in the development are concerned about safety, added noise and a detrimental effect on property and rental values.

If it does open as planned, it will end months of frustration for the school. Its first application in 2013 was turned down, Holloway says, because the Department for Education did not like proposals to open without a principal.

The plan was to have a business manager and a lead teacher who would share the principal’s duties.

A resubmitted plan in 2014 – with a principal post included – was approved. But Holloway said site issues held things up.

The school also lost partner, the Kids Company, which had signed up to provide therapeutic support for pupils, after the charity was wound-up following alleged mismanagement.

Holloway said: “We really liked that Kids Company never gave up on kids and that’s quite something.”

Talks are now underway to find a new provider.

Holloway dropped out of school at 12 before finding his calling as a community worker. He later went on to set up the Ideas Foundation, which offers creative provision for AP pupils.

“We want all these kids to know they are special. We have a beautiful building by the Thames – if they want to buy in to what we are offering, we will support them through it.”