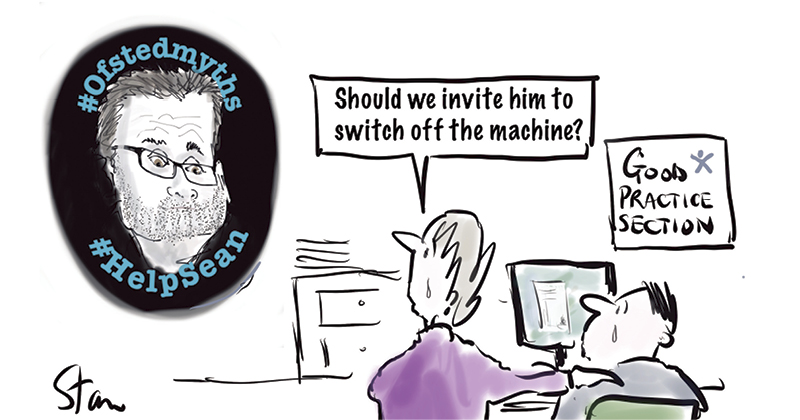 Ofsted has abandoned its policy of publishing good practice to help to dispel myths that it insists on “prescribed methods of teaching and learning”.

The watchdog launched a dedicated webpage in 2010 on which it routinely published examples of good practice found during school visits.

However, the page has not been updated since September last year, and Ofsted told Schools Week this week the practice has been ditched.

A spokesperson said the priority was to “help teachers and other professionals understand the changes we have made to inspection and to dispel the myths that have grown up about what Ofsted expects when it visits a school, including the notion we insist on prescribed methods of teaching and learning”.

Subject specialists have “moved away” from publishing good practice case studies and “are focusing much more on engaging in two-way dialogue with professional audiences through a variety of on and off-line channels”.

The spokesperson added that other organisations now shared examples of good classroom practice.

Malcolm Trobe, interim general secretary of the Association of School and College Leaders, said the good practice policy had left Ofsted “between a rock and a hard place”.

“The accountability system is so high stakes at the moment that if Ofsted publishes anything that is designed to be best practice, then there is an assumption that is exactly what every school should be doing to get a big tick from an inspection.

“It is fine for Ofsted to stop updating the webpage because in publishing good practice, it could actually end up limiting the development of some schools.”

Leon Hady, former head of Stone Soup academy in Nottingham, who now runs online teaching resource TuitionKit, said the move would help schools to meet standards “in the way that is right for them”.

He said it would also end the “cut and paste” culture that became common with case studies. “Some schools would emulate the good practice quite strictly rather than develop items that suited their learners and their needs.”

The last update, published 14 months ago, is a case study of how leaders in a north London school used self-evaluation to
drive improvements in quality of curriculum.

Colin Richards, chair of governors at a Cumbrian school and a former Ofsted inspector, said he has “always had problems” with the notion of good practice.

“Good practice begs the question ‘good in relation to what set of values?’

“What one person may value as good another might see as poor, a third might see as ‘mediocre’ – it depends on their value standpoint. Why should Ofsted’s standpoint be seen as privileged?”