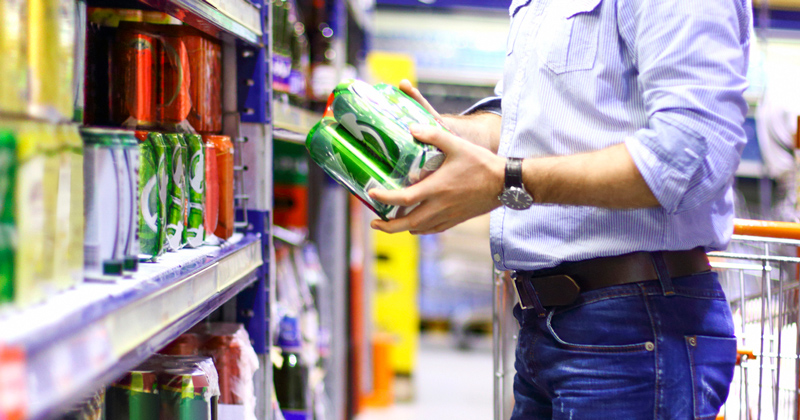 There is no evidence that the national free school meals voucher scheme has built-in safety mechanisms that stop the cash going on booze and cigarettes, Schools Week has found.

Last week, Ben Bradley, a Conservative MP, demanded safeguards be installed to stop parents spending vouchers on items other than food for children.

“Parents aren’t necessarily going to use those vouchers in the right way and the current system has no safeguards on that…”.

However, Gavin Williamson, the education secretary, reassured MPs there were “mechanisms in place to ensure that the vouchers are not used for things such as alcohol, cigarettes and gambling and that’s an important protection”.

Schools Week contacted all eight supermarkets taking part in the scheme to ask what these measures were.

Tesco and McColl’s said Edenred, the voucher supplier, was best placed to answer, while Waitrose passed us on to the British Retail Consortium (BRC).

Aldi, Asda, Marks & Spencer, Morrisons and Sainsbury’s did not respond.

When asked about safeguarding measures, Andrew Opie, the BRC’s director of food and sustainability, said that “parents have a responsibility to make sure these vouchers are used appropriately to support a healthy diet”.

When pressed about the mechanisms, the BRC directed us to the DfE. Edenred also told us to get in touch with the department.

However, the DfE refused to say whether any mechanisms were in place. Guidance on the scheme only says that vouchers “should be” used for food and “must not be redeemed for any age-restricted items, such as alcohol, cigarettes or lottery tickets”.

Andy Jolley, a free school meals campaigner, said: “It is outrageous for the minister to claim that [there are mechanisms] because it’s clearly not true.

“They have no idea how the money is being spent at the till – it’s scandalous.”

Bradley’s request for greater safeguarding measures came in the wake of the government’s u-turn on providing the vouchers over the summer holidays.

They will be provided through the existing system. However, schools are still waiting for details. One unanswered questions is whether school leavers in years 11 and 13 will still qualify.

The system was swamped in its early days, leaving some parents waiting weeks for the financial support.

Under the system, schools order weekly £15 vouchers online. They then receive a code via email that is distributed to families under financial strain because of the loss of free school dinners during the coronavirus pandemic.