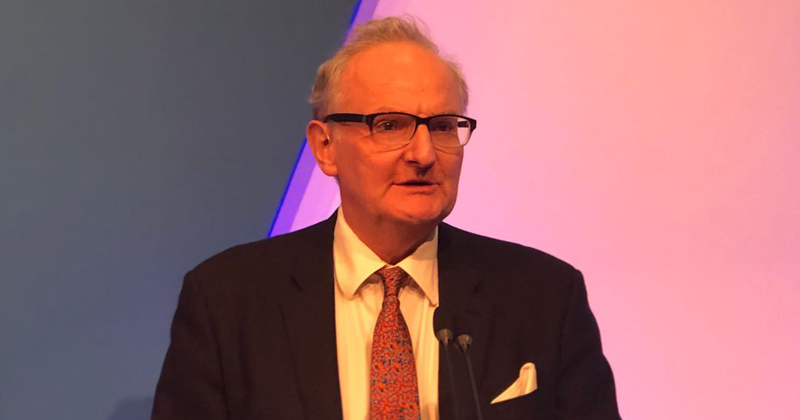 The academies minister Lord Agnew has said there’s no point putting extra cash into schools if “the current money isn’t being used properly”.

Speaking at the Wellington College Festival of Education today, Agnew said he believes there are four areas where extra funding is needed: high needs, post 16, rural primary schools, and covering the pensions contributions.

But he said he can only “win the argument” with the Treasury by showing schools are using the money they’ve got effectively.

“I think that for us to credibly win the argument for those areas which I believe are important we need to be showing that we are doing everything we can with the money we receive.”

When pushed if schools are operating efficiently, he said: “Not all of them, no.”

Agnew has come under fire from headteachers for claiming there’s still waste in school spending. Leaders were particularly riled when Agnew wagered them a bottle of champagne that he could find extra waste in their budgets.

But he said today he wasn’t unsympathetic.

“I’m not suggesting there aren’t pressures, of course there are pressures… and I want to see more money going into the system. But there’s no point putting extra money in if the existing money isn’t being used properly.”

The Inspiration Trust founder said he wants to see “money going to the places that will improve education the most”, highlighting systems of centrally-employed teachers at trusts like Harris Federation and the Outwood Grange Academies Trust.

“Because they run tight ships at the centre they are able to invest in that way… I want to see the money going to the place that will improve education the most.”

Schools Week revealed earlier this year how Agnew’s team of school cost-cutting consultants had urged a school to limit lunch portions to save money, keep money raised for charity, and replaced experienced teachers with support staff on term-time contracts.

But Agnew said discussing the portion sizes “trivialises the whole discussion”, as the school in question was throwing a quarter of its food away.

“Every school I have worked with since I became minister we have found a way through their budgetary issues. That is the reality of it.”

He added: “I’m in this job because I care about education. I’m not paid to do it. I’m only here because that’s what I want to see. I know there’s an urge to write about me as some kind of Dickensian character but it is about improving education.”

The department will also be announcing a new growth fund for academies shortly. It will support smaller school trusts merge and provide “high potential academy trusts with funding to meet the challenges they face as they grow… We’ve learned from earlier growth funds what works, and we intend to build on this.”

Agnew also suggested there is a “strong case to explore reform of teacher pay, to ensure the money schools spend on pay is targeted where it will have the biggest impact on recruitment and retention.”