The proportion of academy trusts reporting a financial deficit rose to 6.1 per cent in 2016-17 from 5.5 per cent in 2015-16, new statistics from the Department for Education have revealed.

The 185 trusts that were in deficit were responsible for 300 academies (4.3 per cent of the total), and smaller trusts were more likely to find themselves in financial difficulties.

Matthew Clements-Wheeler, chair of the Institute of School Business Leadership and deputy head at Bordesley Green Girls School and Sixth Form,  said smaller academy trusts will “struggle” to achieve the economies of scale needed to avoid a deficit situation.

“This puts them in the difficult position of having to cut elements of their provision which they consider to be vital,” he said.

“Uncertainty about employment causes staff to leave, underinvestment in curriculum resources and the teaching environment has a detrimental effect on pupils.”

Each trust should be judged on a “case-by-case basis”, he added, to identify whether any deficit is due “temporary issues” or because “the trust is structurally unsound”.

The total net deficit of academy trusts in 2016-17 was £65 million, but because other trusts had reserves of £2.5 billion in total the academies sector had a cumulative surplus of £2.4 billion. The average reserves in a trust were around £791,000. 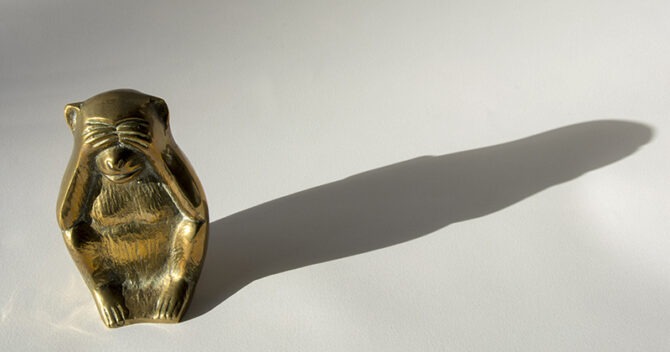 Read more: The new methodology obscures the number of schools in financial deficit

Micon Metcalfe, chief operating officer of Langley Park Academies and a fellow of the ISBL, said: “Although there was an increase in academy trusts’ in overall deficit, the overall reserves held by trusts increased by £0.2 billion.

“This may indicate that a strategy of consolidating academy trusts into larger groups might be effective in balancing the books.”

But Clements-Wheeler  argued that each trust is a “standalone entity” and should “maintain its reserves at a prudent level to be able to smooth out unforeseen circumstances or cope with cash-flow issues”.

“Reserve balances across the system are a necessary compromise in a fragmented system,” he said.

This is in part down to a greater percentage of primary (and therefore smaller) schools in the maintained sector, Clements-Wheeler said, pointing out that maintained schools also have no access to money from the government’s Condition Improvement Fund and therefore are using revenue funding to cover the costs of their capital works too.

Looking at academies and local authority maintained schools together, 7.6 per cent of schools were in deficit or were within a trust that was in deficit in 2016-17.

“It is clear that the academies sector and schools as a whole are feeling the effects of an unsustainable funding model. Earlier this year some of the largest academy trusts warned in their annual accounts of the risks that they faced due to funding pressures and highlighted deficits in the individual academies they oversee,” she commented.

“The funding pressures on individual schools within trusts are not reflected in these figures. The rise in the number of academy trusts that are in deficit is another sign of the impact of the government’s cuts to school funding, cuts that will further limit pupils’ educational opportunities.”