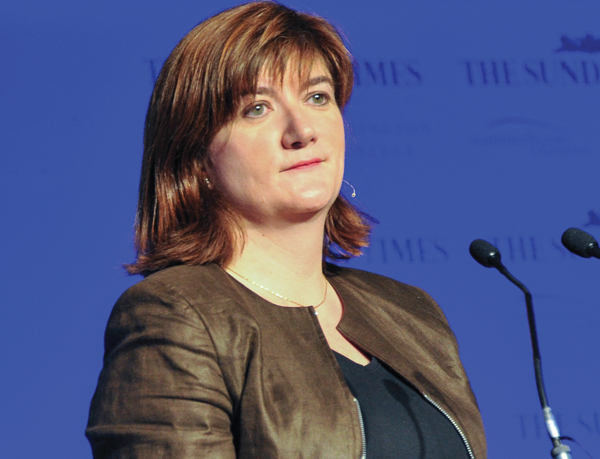 Academy status is not a “magic wand”, Nicky Morgan will admit as she spells out plans to turn convert every school in England.

The education secretary will claim in a speech at Lambeth’s King’s Maths School this afternoon that the government is not “abdicating its responsibilities” as it hands more power to multi-academy trusts.

Her comments follow the release of the government’s educational excellence everywhere white paper, which sets out plans to convert the remaining thousands of council-maintained schools into academies by 2022, shake up teacher training and reform how Ofsted grades schools.

Although the white paper places a heavy emphasis on school autonomy, Ms Morgan will tell her audience today that she is “not so naïve as to believe that academy status in itself is a magic wand”.

She will say: “There is and always will be a role for government in education. The public rightly expects their elected government to hold schools to account for the outcomes young people achieve and the investment tax payers put in.

“My job is to create the conditions for autonomy to succeed right across the country.”

Ms Morgan will compare her government’s interventions in education to those made in RAB Butler’s 1944 education act, Ken Baker’s national curriculum and David Blunkett’s national strategies, describing them all as “top-down”, and claiming that such an approach can “only take you so far”.

She will add: “As Michael Barber and Joel Klein have said, ‘you can mandate adequacy but you cannot mandate greatness; it has to be unleashed’. It is greatness that we want to see everywhere in our education system today.”

The education secretary will claim that the white paper does not propose another “big idea” to be imposed on schools, but instead “lays out how we will give schools, school leaders, and the education profession the power, incentives, accountability and support to give every child an excellent education”.

She will add: “And it sets out the underpinning infrastructure that will equip schools to succeed and build an adaptive, dynamic school system, which rewards innovation, spreads excellence and is intolerant of failure.”

Addressing concerns about the government’s approach, Ms Morgan will emphasise that it is the government’s ability to move academies between sponsors which makes the system more accountable than council-maintained schools.

She will say: “I can hear the howls of derision from opponents of academies – asking “what about this one or that one that struggled? It’s true some academies have been weaker than others, some haven’t met the high expectations that we’ve set for them.

“But here’s the crucial difference: when a local authority school failed, it was stuck with the local authority, end of story. Under a system of academies and multi academy trusts we have the power not just to intervene swiftly, but to actively move schools to new management to turn them around.”