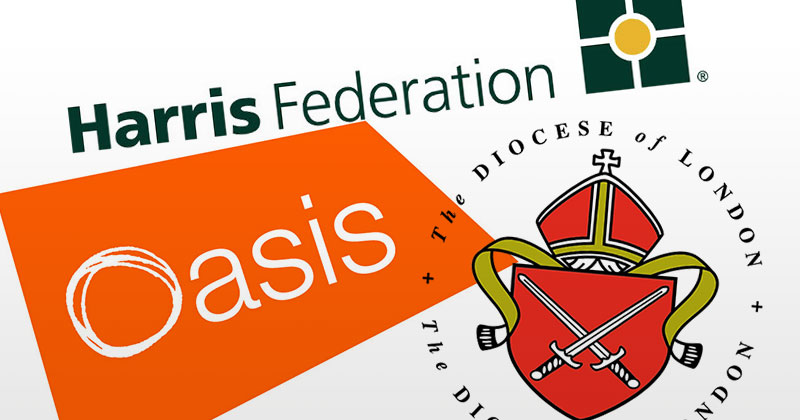 Nearly £13 million in pledged capital funding is still owed to the government by eight academy sponsors, with two trusts owing more than £10 million between them.

Early academy sponsors were required to pay 10 per cent of capital costs, capped at £2 million, towards building a new school.

But a Freedom of Information (FOI) request by the Local Schools Network has revealed eight sponsors still owe the government nearly £13 million.

More than £10 million alone is owed between the Harris Federation and Oasis Community Learning.

It adds to concerns surrounding millions of pounds in potentially unhonoured endowment pledges –the sponsor funding requirement that replaced capital funding – which the government admits it no longer tracks.

Malcolm Trobe, interim general secretary of the Association of School and College Leaders, said the unhonoured pledges could prove “problematic” for academies.

“If academies have built the pledged funding into their strategic financial planning and how they can utilise it over a period of time then there will obviously be a negative impact in what they can actually deliver for young people if the funding was never given.”

The Public Accounts Committee has already identified a shortfall of pledged capital funding payments due by the end of 2010 – only £121 million of a promised £147 million of capital contributions had been received.

MPs recommended in a 2011 report that the Department for Education (DfE) agree settlement programmes and check payments were received.

But the FOI revealed £13 million of capital funding is still outstanding nearly six years on.

The Harris Federation owes nearly £6 million of a promised £6.5 million – with a repayment plan in place for just one of its six affected academies.

Oasis Community Learning owes just under £4.4 million for three academies. The trust is in talks with the government over repayments.

The DfE is also in discussion with the London Diocesan Board for Schools (LDBS) about repayment of £1 million for the Wren Academy.

Inigo Woolf, chief executive of LDBS, said: “Often with major building projects there can be delays in settling final accounts when resolving snagging items. The final payment is likely to be made shortly.”

Agreements or ongoing repayments are in place for five other academies.

However the situation with remaining endowment pledges is much less clear.

In 2012, academy trusts were no longer required to continue raising funds for existing endowments. The government also stopped monitoring whether endowment pledges were being paid.

Janet Downs, from the Local Schools Network who lodged the FOI request, said it is now “difficult, if not impossible”, to check whether endowment pledges have been honoured as there is no official record.

Downs added: “Sponsors of early academies received praise and publicity when they promised money, but commitment is proved hollow if pledges aren’t honoured.”

The academies were both taken over by the United Learning in 2013, after Richard Rose Central was rated inadequate by Ofsted.

With no official record of endowment payments post-2010, it is unknown if the outstanding amount was ever paid between 2011 and 2013.

A DfE spokesperson said: “We are working with trusts on outstanding pledges to ensure payment arrangements are honoured.”