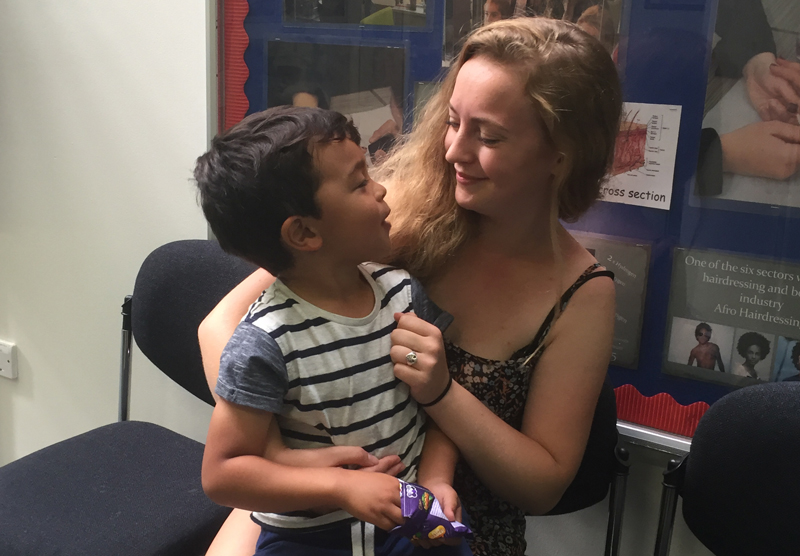 Teenage mum Heather Cartwright is giving her four-year-old son inspiration from a young age – by collecting the A-levels which will kick-start her career.

Heather was just 15 when she became a mum to James. Instead of letting herself become a statistic, she returned to school after ten months and today picked up an A in English, a B in classic civilisation and a D in biology.

Collecting her results from Witham sixth form, part of Maltings academy’s secondary modern school in Essex, the 19-year-old said: “A lot of people said I’d ruined my life, but becoming a mum made it all the more important for me to prove I could do it.

“Juggling motherhood and education, to me, is no different to other mums juggling work and children. Raising a child is tough, no matter how old you are.”

Heather is taking on a job tutoring from September at New Rickstones Academy, in Witham and after a year, she is considering starting an Open university course or an apprenticeship to step into the teaching profession.

Heather said she hopes her son will have the same enthusiasm for education as her and to “see how lucky he is to have it”.

She added: “It was a fight for me to go back to school, so I want him to appreciate it.

“I am really proud I got my A-levels done. A lot of people comment how rare it is for a young mum to go back to education so it’s great to prove it’s possible.”

Pic: Heather with her son James