The proportion of A* and A grades has risen this year by 2.4 percentage points to 27.6 per cent, the highest level in at least 13 years. 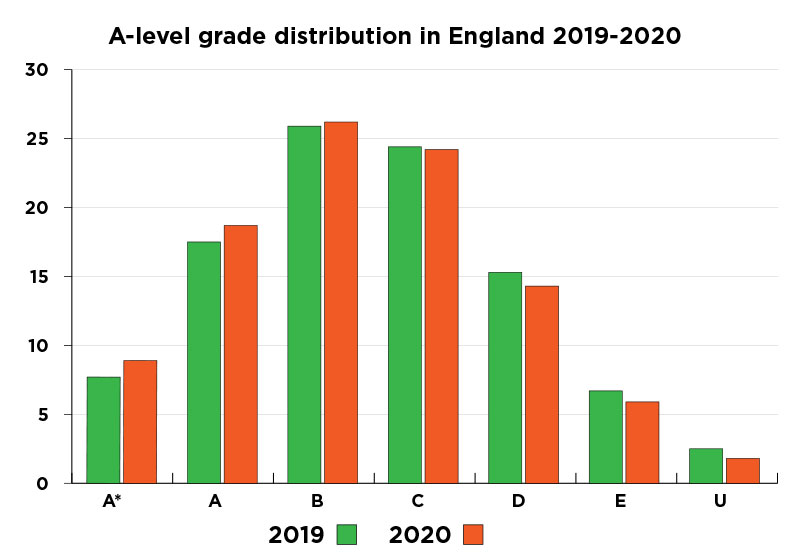 The standardisation process, by which exam boards have moderated centre-assessment grades to produce calculated grades, looks set to be the most controversial aspect of this year’s results.

Some grades were raised through the process too, with 2.2 per cent raised by one grade, 0.05 per cent by two grades and 0.01 per cent by three.

There was no change to 58.7 per cent of grades.

4. Which subjects are gaining/losing popularity?

The top 10 most popular subjects at A-level across the UK have changed for the first time in five years.

Business studies is now in the top 10, having been the 11th most popular last year, while geography, previously number 10, has fallen out of the list.

Although maths remains the most popular subject, there have been some other changes to the order ranking, with two science subjects dropping in popularity.

Psychology, which was third most popular last year, is now second most popular, having swapped places with biology.

And sociology, which was ninth last year, is now eighth, having swapped with physics.

Computing saw the biggest increase in entries this year, up 11.7 per cent, followed by business studies and English language, both up 6.6 per cent.

5. Which subjects have the biggest gender gap in entries?

In England, computing continues to have a big gender gap at A-level, with girls making up just 14.5 per cent of the cohort.

However, this continues a growing trend of increasing participation from girls – up from 13.2 per cent last year and 11.7 per cent in 2018.

However, boys represent the minority in a variety of subjects such as performing and expressive arts, sociology and English literature. 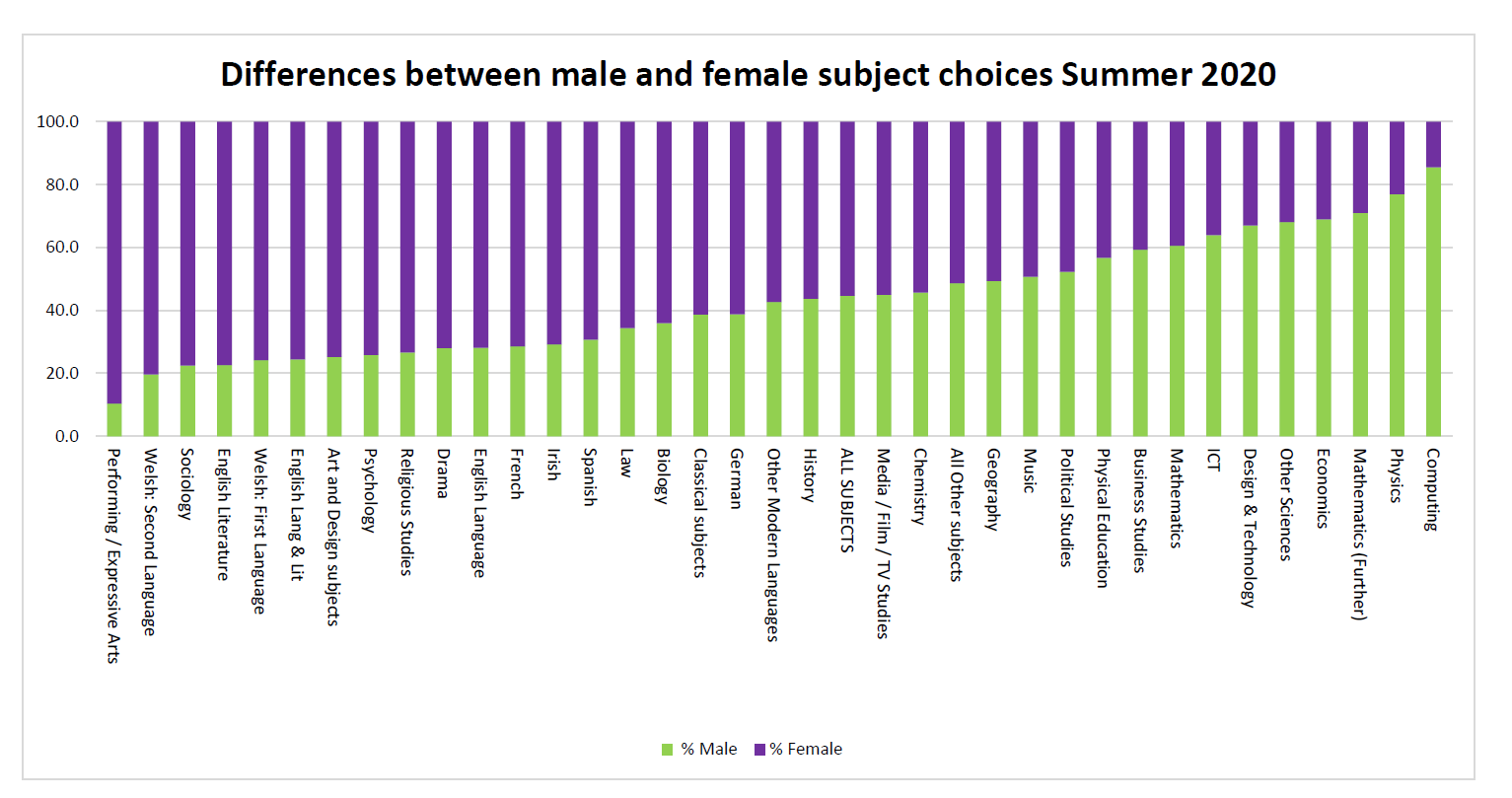 Last year, we reported how girls had started to outperform boys in terms of achievement of top grades in UK-wide results. However, in England, boys remained slightly ahead.

However, boys still outperform girls in terms of the proportion achieving A*s – at 9.2 per cent compared with 8.7 per cent.

7. Spanish popularity continues to increase as others fall short

Among modern foreign languages, the popularity of Spanish continued to increase across the UK with entries up 0.9 per cent to 8,705.

The fortunes of German and French have continued to fade with entries to each falling.

Over the three MFL subjects, entries by boys declined by 6.2 per cent, while entries by girls saw a rise of 1.5 per cent.

Although German has the smallest cohort of entrants, it boasts the highest percentage of top grades – with 53.8 per cent of pupils earning an A* or A.

Having overtaken boys in terms of entries to sciences across the UK last year, girls continued to enter more of the subjects.