Spanish has become the most popular modern foreign language at A-level in England, overtaking French for the first time.

Figures released by the Joint Council for Qualifications today show that 7,932 pupils took Spanish A-level this year, up from 7,591 last year – an increase of 4.5 per cent.

The boost in popularity for Spanish has pushed French into second place. French saw a 3.4 per cent drop in entries with 7,601 pupils taking the subject this year, down from 7,874 last year.

Entries for German have been on the decline, but steadied this year as the subject had a small increase, with 2,864 entries compared to 2,859 last year.

Other modern foreign languages – which includes all languages except French, German, Irish, Spanish and Welsh – saw a 14.6 per cent slump this year, with just 7,762 entries compared to 9,091 last year.

No pupils in England studied Irish or Welsh First Language. Just one pupil studied Welsh Second Language, and achieved an A*. 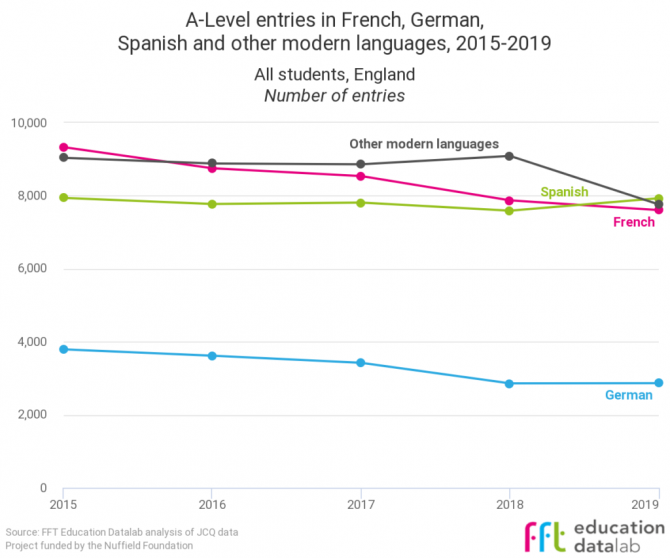