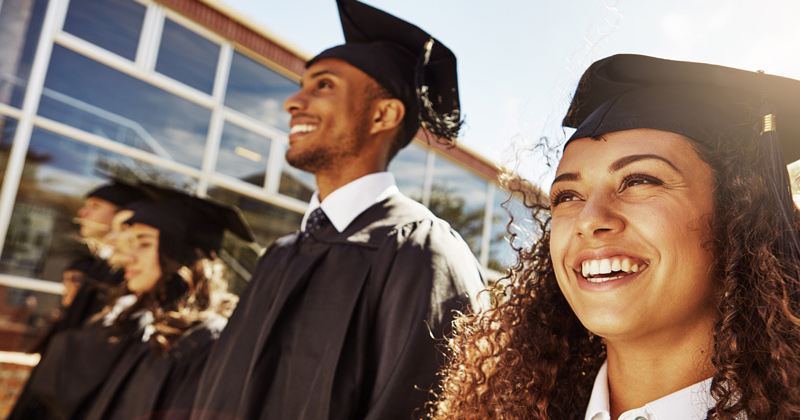 Taking maths at A-level is more helpful for landing a place at a Russell Group university than studying at a grammar or private school, research from University College London’s Institute of Education suggests.

A new report on the relationship between a student’s A-level subject choices and the university they attend found that sitting maths was associated with attending a university with a score on average seven points higher in the The Times Good University Guide.

In comparison, attending a grammar or private school instead of a comprehensive was linked to an uptick of around four or five points, according to the research by Catherine Dilnot, senior lecturer at Oxford Brookes University and UCL Institute of Education.

Care should be taken in choosing less suitable A-levels, even if they seem to relate to the degree course eventually followed

The benefits of having a maths A-level vary depending on the degree course a student chooses to study, but overall, Dilnot said the relationship is “significantly positive”.

There is even a maths premium for degree subjects that are not directly related to maths or which require a different skillset, such as languages and humanities.

“Doing facilitating subjects, particularly maths, may be a sensible choice of A-level for those aspiring to a high-ranking university, even if the content is not required for the intended course,” said Dilnot in the report. “Care should be taken in choosing less suitable A-levels, even if they seem to relate to the degree course eventually followed.”

While the research shows the significance of choosing maths at A-level, it does not examine how much weight each of the other “facilitating” subjects has.

Across all university subjects, the study shows that each additional facilitating subject is associated with being at a university with a score 14 points higher, even when other factors such as degree course group, A-level grades, other prior attainment and school type are controlled for.

“For two students with otherwise similar characteristics, one with three facilitating subjects and one with none, this difference equates to being at Bristol rather than Leicester, or Oxford Brookes rather than Gloucestershire at 2013 rankings,” said Dilnot.

The research categorises A-levels using a system devised by the Russell Group, of 24 so-called “elite” universities, which labels A-level subjects as “facilitating”, “useful” or “less suitable” for admission to higher education.

Maths, further maths, English literature, physics, biology, chemistry, geography, history, and languages (both classical and modern) are labelled as “facilitating subjects” that are “required more often than others”.

“If you decide not to choose one or more of the facilitating subjects at advanced level, many degrees at competitive universities will not be open to you,” it adds.

In December 2016, Schools Week reported on the release of the group’s fifth edition of its ‘Informed choices’ guide, which advised pupils to choose “preferred subjects” at A-level to help them get into top universities.

However, the approach has not escaped criticism, and in 2013, the then-chair of the education select committee, Graham Stuart, asked the group to produce research to back up its belief about “facilitating subjects” after it was questioned in a study by think-tank LKMco, which found that some non-facilitating subjects appeared to help applicants to get a place ahead of those on the list.

The research found that drama and economics were good predictors of entry to an essay-based subject at a Russell Group university, even though they were not on the list, suggesting the facilitating subjects were not truly “preferred”.

Dilnot accepts that further research needs to be done going forward, to explore, for example, the relative importance of applications rates to particular universities.

To assess this would require connected GCSE, A-level and university data that is also linked to UCAS at the level of the individual, which she says is currently unavailable.

She added: “Although these relationships are highly significant, they’re small in absolute terms – it’s attainment that still matters most.”