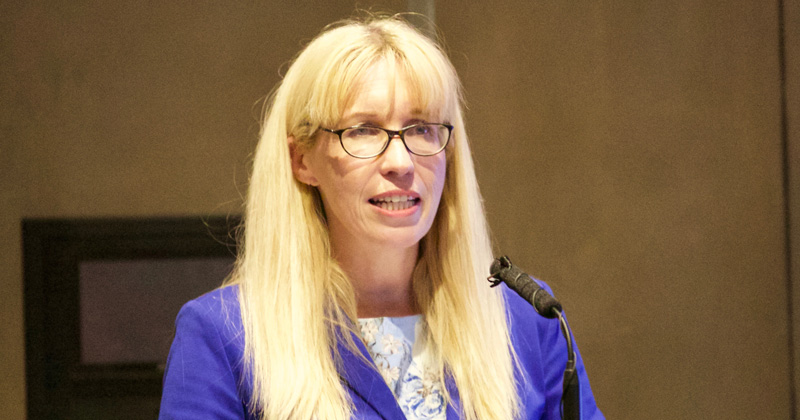 The sharp rise in the number of GCSE grades that were changed at marking review this year came about because some exam boards “didn’t follow rules”, the head of the exams regulator has said.

Sally Collier, the chief regulator of Ofqual, told MPs on the parliamentary education committee this morning that the 52-per-cent increase in the number of grade changes this year resulted from problems at the review stage, rather than the original marks.

She also revealed that Ofqual is pursuing regulatory action against those exam boards that broke the rules, and had moved to ensure that the rules are followed for re-marks of November’s exam re-sits.

Ofqual data released last Thursday revealed that this year, 73,840 GCSE grades were changed compared with 48,430 last year, even though only three per cent more GCSE exams were sat this year.

The regulator said at the time that the rise “stemmed principally from an increase in the number of successful review requests in new and legacy versions of GCSE English language and English literature”.

When pressed about Schools Week’s story on the matter by committee chair Robert Halfon, Collier admitted she was “very disappointed” that the grade changes had happened and had “thought long and hard” about the reasons for the change.

Ofqual’s evidence showed there was no problem with the quality of the original marking.

“We’ve had a look at marking consistency metrics across all of the exam boards and the level of consistency in that marking was very similar to last year. So nothing happened in the original quality of marking that suggests that there was a problem,” Collier told MPs.

Ofqual is “spending a lot of time looking at what needs to be done for immediate remarking of the November series resits”, but said she could not say more about action being taken against exam boards.

“I wouldn’t be able to talk about the specific regulatory action that we’re taking with those exam boards that didn’t follow our rules, but we will ensure that it doesn’t happen again,” she said.

On the subject of November re-sits, an Ofqual spokesperson said exam boards had been asked “to act on the feedback” given since the summer series and “ensure that our rules on reviews of marking are applied appropriately in the November series”.