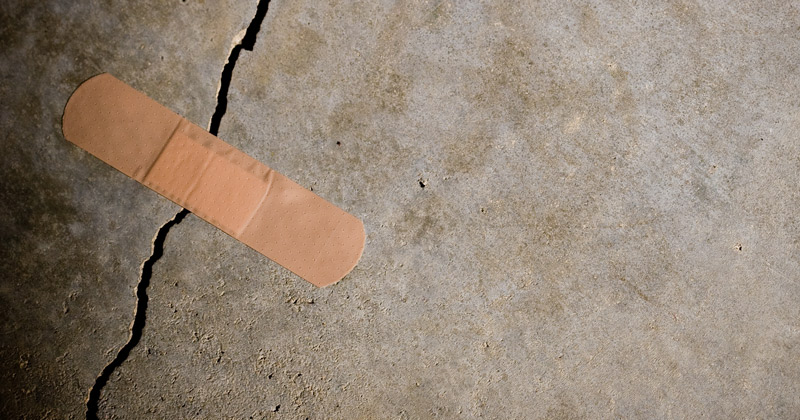 The paths in Andy Byers’ school flood, the science prep room is the size of two toilets and less than half of its classrooms are accessible to wheelchair users. It was due to be rebuilt in 2010. Instead, he will again have to apply for funding just to keep existing buildings safe.

Schools deserve better than the politicisation and damaging short-termism that have characterised funding decisions for a decade.

Two years ago the National Audit Office concluded that “the condition of the school estate is expected to worsen as buildings in poor, but not the worst, condition deteriorate further”. We are evidence that it was right, and the situation grows urgent.

Concerns about school funding are unlikely to get much of a hearing in a campaign dominated by Brexit. It is even less likely that school buildings will take centre stage. Yet, it is nearly ten years since the coalition government cancelled Labour’s Building Schools for the Future (BSF) project and its planned expenditure of £55 billion to rebuild every secondary in England.

Both phases of the government’s Priority School Buildings Project (PSBP) – which replaced BSF – have closed. The Department for Education says a third phase will be announced in 2020, but its commitment to creating more good school places is focused on new types of school such as free schools or maths schools. These require new buildings and divert resources away from improving or expanding the existing stock.

While higher taxes and government spending have ostensibly gone out of fashion, £3.6 billion has been spent setting up just 422 free schools since 2010. Countless billions more have been spent on academisation and rebrokering costs, as well as costly PFI contracts.

Worse, we are constantly throwing good money after bad. On Monday, the government launched the annual bidding for its Condition Improvement Fund (CIF), stating that it wants “all pupils to learn in classrooms that enable them to gain the knowledge and skills they need for success”.  The purpose of the CIF is to address significant condition needs. The average award in previous rounds was in the region of £300,000, and in 2018 stats suggest that only one in four applications was successful anyway.

We are constantly throwing good money after bad

Central planning is sadly lacking too. The fact that no single body is responsible for the plethora of funding sources schools are meant to draw from – CIF, basic needs funding, land sales, PSPB projects, devolved formula capital, section 68 money from local housing developers, etc – means that what spending there is, is inefficient.

Meanwhile my school of 1,250 pupils still has seven separate blocks, mostly built in the 1960s and all with flat roofs. Access to most classrooms comes directly off the yard or via tiny lobby/staircase areas that cause severe overcrowding.

Our science prep room is the size of two toilets. I know this because it was the size of one toilet until we knocked through to another. It serves, via stairs only, science labs covering three floors and two blocks.

Our paths flood when it rains, our music block is housed in a donated temporary building, and our dining space was designed for a time when students went home at lunchtime. Pupils don’t have lockers because there is no room, and more than two thirds of our classrooms are inaccessible to wheelchair users.

These are not problems that will be solved by £300,000. With the demand for secondary school places rising, a vision and a plan are as essential as condition and expansion.

We need a long-term capital plan that isn’t dependent on current Ofsted grade, the level of executive pay, the results of a recent SMRA visit, or any other hoop-jumping exercise – and much less on the make-up of government, or how marginal a school’s parliamentary constituency or council ward happens to be.

We need school leaders to employ teachers rather than bid writers and architects.

It’s already too late to benefit our current students, but future ones deserve better. Then again, we said that in 2009.