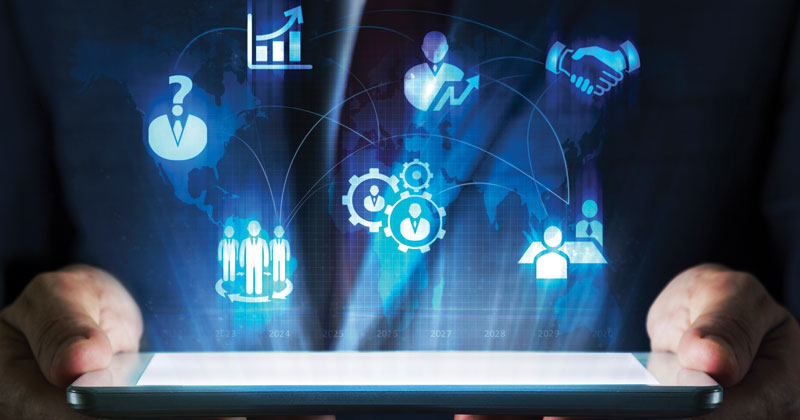 A crack team of digital specialists will be set up in the heart of government to encourage education technology startups to solve problems faced by schools, such as teacher workload.

The new “GovTech Catalyst” unit will get £20 million over the next two years to provide match funding to public bodies wanting to commission tech companies to come up with “innovative fixes” to public sector challenges.

This “small central unit based in the Government Digital Service” will help schools and other public bodies identify challenges “that could be solved by new digital technologies”, the Treasury said.

It is intended as a way for businesses and innovators to gain access to the schools community, and make it easier to collaborate on public sector challenges, which specifically include “freeing up teachers’ time”.

Education tech startups have had “huge growth” in investments in recent years.

The innovation charity Nesta, which supports them with grant funding, has reported a boom in companies solving public problems using technologies.

“Nesta has seen huge growth in the number of startups in this field over the last two years,” Joysy John, Nesta’s director of education, told Schools Week.

“We hope the clear access point to government promised by the new GovTech Catalyst will help these startups overcome one of the biggest challenges they face: bridging the gap between the tech community, teachers and schools.”

But Dan Keller, the head of business development at Unifrog, an online platform which helps teachers manage pupil applications to university, apprenticeship and training courses, said “EdTech” companies face a range of challenges in engaging staff.

Most teachers have little time to respond to phonecalls and emails, and even if they are keen, a senior leader must get behind the initiative otherwise it will be “axed” before having time to embed, he said.

Match funding for EdTech companies would help school engagement, but only if tendering processes are not too complex, he added.

Workload: is EdTech the solution?

According to the Department for Education’s own research, workload is the “most important factor” cited when teachers leave the profession, and education unions have repeatedly asked for help.

Ben Gadsby, an education policy expert, said the government’s specific mention of workload in the announcement showed officials were now serious about tackling the issue.

“Hopefully this unheralded announcement will lead to some bright spark coming up with a clever way of using technology to reduce workloads,” he said. “If it works out, teachers may end up looking back on this news with fondness.”

The chancellor, Philip Hammond, said last week that Britain was “a world leader in digital innovation” with “some of the brightest and best tech firms operating in this country”.

“Working with us, they can provide technological fixes to public sector problems, boost productivity, and get the nation working smarter as we create an economy fit for the future,” he said.

In his budget speech on Wednesday, Hammond spoke about his vision to increase the number of tech startups being founded in Britain.

“A new tech business is founded in Britain every hour,” he declared. “And I want that to be every half hour.”