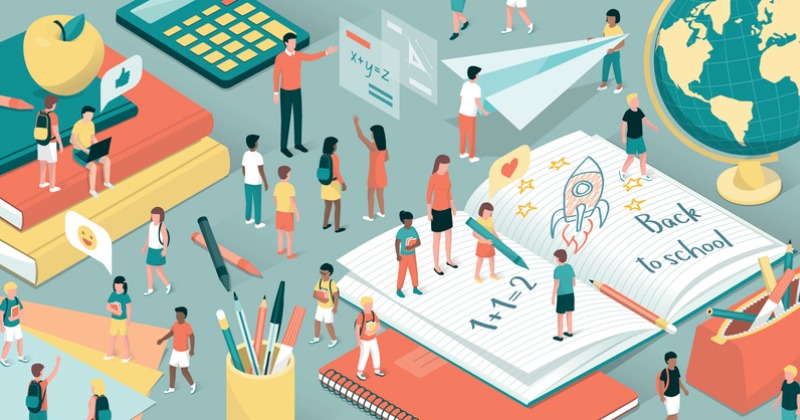 Secondary schools will receive £59.70 per place per day to run summer schools this year, but only for a maximum of two weeks of activities, new guidance states.

The money will also have to cover all costs associated with running the activities, including additional staff costs, free meals for eligible children and transport, and schools will only be guaranteed funding for those children who turn up.

The Department for Education has confirmed arrangements for how it will distribute £200 million in funding for summer schools unveiled earlier this year. They “expect” schools will use the cash to target pupils moving into year 7.

Here’s what we learned from the guidance.

1. Funding cap for two-week schemes (and spot checks too)

The funding equates to £597 per two-week place for mainstream pupils. But schools will get more – £1,791 per place over two weeks – for pupils in special schools, special units in mainstream schools and alternative provision.

Although schools are free to choose which pupils to target with the activities, funding will be calculated on the basis of their existing year 7 cohorts. It will be based on up to 50 per cent of year 7s being offered a place on a two-week programme, or 100 per cent on a one-week programme.

Schools with very small numbers of year 7s “will receive no less than £1,000”, but if it is “impractical” for them to run a summer school, the funding will allow them to work collaboratively with other schools, the DfE said.

Schools will be expected to keep a daily attendance record, and the government will carry out “spot checks on compliance with requirements, including number of places catered for”.

The DfE said it was for schools to determine which pupils “would benefit most”. However, it also said it “expects” most schools “will want to focus this provision primarily on pupils making the transition into year 7”.

This is because the transition is “known to be a challenging one for some pupils, and the impacts of the pandemic have increased this challenge”.

As well as academic support, summer schools should include “enrichment activities, such as team games, music, drama or sports activities”.

Schools are “free to run a one- or two-week summer school and may choose to involve different pupils over that time, according to their needs”.

According to the DfE, this “could mean that more pupils benefit from a shorter summer school”.

Participation is optional for staff, and the DfE said that as well as working with teachers “who are available and willing to take part”, leaders “may wish to consider” using support staff, temporary staff, trainee teachers and volunteers.

Staff can be recruited “from a combination of participating and non-participating schools as well as non-school staff, such as HE lecturers, youth workers and staff from local businesses, to form an effective team with a broad range of skills and expertise”.

However, volunteers who have not been checked must not be left “unsupervised”, or allowed to work in “regulated activity”.

With the exception of heads, all teachers volunteering to take part will be eligible for payment under so-called additional allowance rules, which are set out in teachers’ pay and conditions.

The DfE has said it “anticipates” most schools will use their own premises “to support familiarisation” for transitioning pupils. Meals should be provided for pupils attending summer schools, and must be free for pupils eligible for free school meals.

4. Schools will claim back funding for places filled

Schools have been told to confirm participation in the programme by the end of April via an online registration form. They should then start planning “as soon after Easter as possible, working with feeder primary schools to determine which pupils to invite and liaising with parents”.

The DfE suggests that parents are then informed of the offer before half term and by mid-June, including the number of places on offer and over how many days.

Schools will be able to claim back the funding in September after confirming the number of places filled.

If a school cancels the summer school “for any reason other than Coronavirus, or fails to complete the final claim form, DfE will not release funding”.

If summer schools have to be reduced because of a direct order from government, schools will be eligible to claim a portion of the funding available to them “in line with the scale of the summer school and the number of pupils for whom confirmed places were made available”. They will also be able to claim any “reasonable accrued and unrecoverable costs”.

Where schools choose to reduce the scale of their provision, they will only be eligible to claim “a portion” of the funding available. Again, this would be “in line with the scale of the summer school and the number of pupils for whom confirmed places were made available”.

If a pupil does not attend the summer school at very short notice, the full day rate will “not be automatically payable” for that pupil but schools “should claim their unrecoverable, receipted costs up to a maximum of the day rate”, the DfE said.