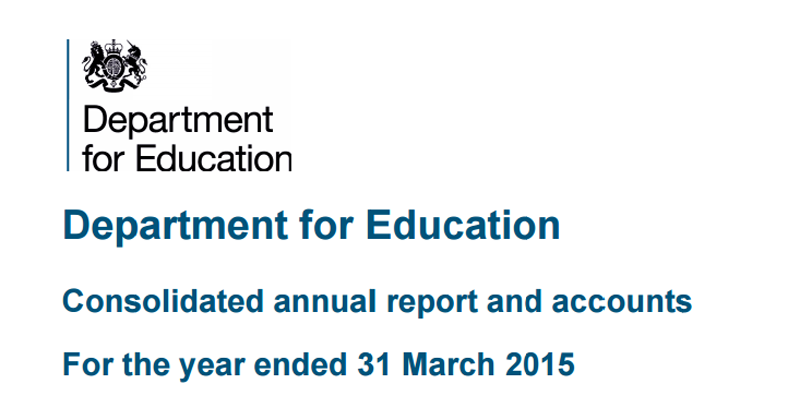 The Department for Education (DfE) has written off nearly £10 million as losses soar under the expansion of its free school and academies programme.

The losses were revealed in the department’s annual accounts that were finally published on Wednesday, four months later than usual.

The figure is nearly five times as much as the £2 million loss recorded in the previous year and formed part of a damning report from the government’s audit watchdog that found the overall accounts lack “truth and fairness”.

More than £1.5 million alone was lost when planning permission for the Tauheedul Islam Boys free school was overturned by Blackburn with Darwen Council.

An alternative permanent site for the school is now being sought, but the DfE’s spend on developing the original site had to be written off as a “fruitless payment”, according to the accounts.

Another £1.5 million was lost on two technical schools, one of which never opened.

The Liverpool LowCarbon and SuperPort university technical college incurred “unrecoverable” costs of more than £850,000, which included property agent fees, fees for technical and legal advice and initial works on a site.

But the site was later deemed unviable when one leaseholder pulled out of the sale. The department has not been able to find an alternative location.

Manchester Studio School, which spent almost £500,000, closed in August 2014 because of low pupil numbers – a common theme for the studio schools model; 14 of 47 have closed since its conception in 2010. Another heavy loss came after Durham Free School had its funding terminated in March last year.

The school was placed in special measures by Ofsted, which claimed in a damning report that teaching and learning was “weak”.

Nicky Morgan, the education secretary, deemed the academy trust did not have the “capacity or a suitable strategy” to improve and so closed the school. That decision cost the department more than £400,000.

A spokesperson for the department said: “As we expand the academies and increasingly popular free schools programme, there will inevitably be spending on sites that has to be written off. The figures reported in this set of accounts are in line with what we would expect and represent a very small proportion of the department’s total budget.”

A large bill is also possible next year. Schools Week reported last month that another proposed free school, Harperbury Free School in Hertfordshire, was cancelled three years after it was given the go-ahead because the planned site was too small – £1.9 million had already been spent on the project.

The department’s overall accounts were again met with a rare “adverse opinion” from the National Audit Office (NAO). It reported that the financial statements lacked “truth and fairness” and Sir Amyas Morse, the comptroller and auditor general, branded the level of error and uncertainty in them as “material and pervasive”.

His probe into the department’s finances revealed it had exceeded three expenditure limits set by parliament.

Schools Week reported in January that the department had started getting its accounts in order after stinging criticism from the National Audit Office (NAO) led to them being labelled as “not acceptable on any level” by a union chief.

The issues stemmed from the department having to combine the accounts of more than 2,500 organisations – most of them academy trusts – across different accounting periods.

The DfE is now planning to publish a separate report with accounts for academies, on an academic year basis.

A DfE spokesperson said: “Academies are subject to a rigorous system of accountability and oversight, tougher and more transparent than maintained schools. The consolidation of thousands of those accounts into the format required by parliament is one of the largest and most complex procedures of its kind.”

The spokesperson added that the department recognises the challenges with its current format and will introduce a new methodology for 2016-17.