The Department for Education has published its first “state of the nation” report on children and young people’s wellbeing.

The report was pledged by former prime minister Theresa May in October last year. It is supposed to integrate the “available evidence” on the state of children and young people’s wellbeing.

1. Satisfaction with school fades with age

However, pupils’ happiness with their school work remained stable over age.

According to the report, this implies “that a drop in happiness with school overall as children move into early adolescence may be related to wider factors (such as their peer relationships, for example) rather than by children being less happy with their school work itself”.

2. Girls more likely to be bullied

The report points to existing data that shows rates of bullying were higher in females than males in 2018.

Girls were also more likely to experience cyberbullying than boys. But the frequency of bullying does not differ markedly by gender.

“This pattern of prevalence data suggests that whilst higher rates of bullying in girls may be a contributing factor to lower wellbeing they may not be the whole story, but cyberbullying may be particularly important,” said the report.

The report also found that those who receive extra support at school and those with a long-term illness or disability are more likely to report bullying.

Although the report did not find any “discernible difference” in the average wellbeing ratings of pupils from poorer backgrounds, it did find an interesting trend in their responses to certain questions. 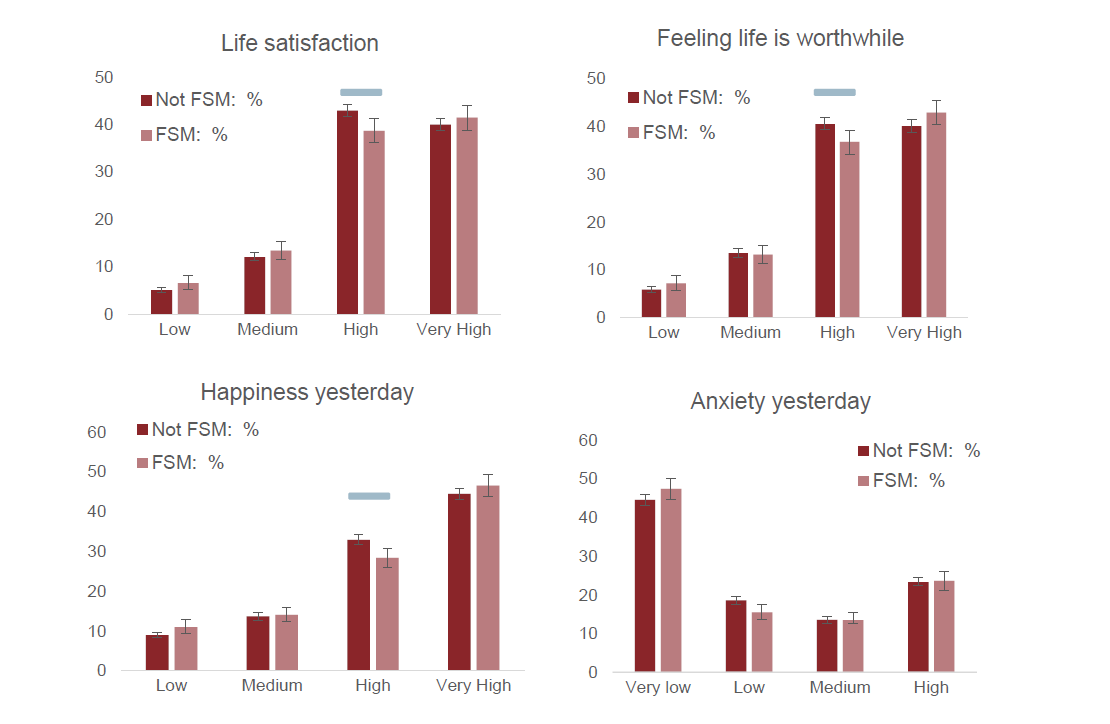 For example, a lower proportion of FSM pupils responded that they had “high “life satisfaction, a feeling of life being worthwhile, and a feeling of happiness yesterday.

The report states that these results “indicate a pattern of lower wellbeing in FSM pupils, but these differences were relatively small”.