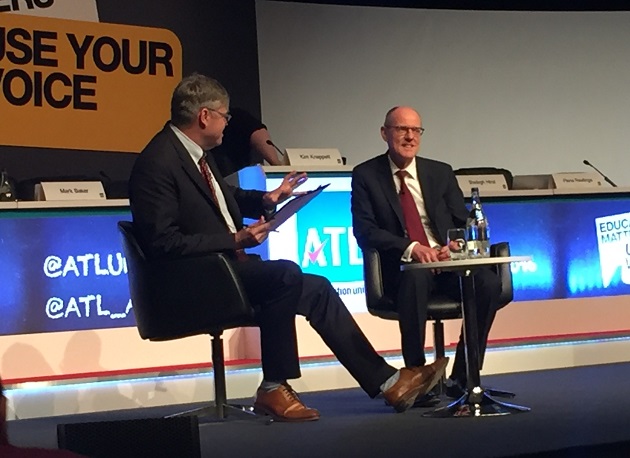 Teachers should base their approach on evidence and not on the “latest fad” from Ofsted, Nick Gibb has told education professionals as he expressed fears about the approach of some inspectors.

The schools minister told the Association of Teachers and Lecturers annual conference the idea that some inspectors look for a preferred method of teaching has “always been [his] concern about Ofsted”, and said he wanted to make sure the watchdog wasn’t “demanding things” beyond its remit.

One of the most common concerns raised about Ofsted by teachers is that some of its inspectors focus too much on how classes are being taught rather than the overall approach to learning in schools and the outcomes of pupils.

Although he denied rumours that he wanted to see the inspectorate scrapped, Mr Gibb did admit to fears about its approach in some situations, and said the government was working with Ofsted bosses to bust the myths about what it could and couldn’t demand of teachers.

He said: “It worries me that in the years since Ofsted was established that actually some of the things that they’ve been telling schools to do are not based on what the evidence says is most effective. That has always been my concern about Ofsted.”

He praised Sir Michael Wilshaw for “huge reform” carried out in the years since his appointment as Ofsted chief inspector, and said a decision to bring inspectors in-house had resulted in a “higher calibre” of inspector.

The schools minister also admitted to “mistakes” made in the introduction of new key stage 2 tests, and said an error in an exemplification document published by the government had led to confusion.

“There were mistakes made,” he said. “One of the mistakes that was made was the way the exemplification material was published, between Morgan and Leigh, and people were led to believe, and it was our fault, that Lee was the expected standard that people were aiming at.”

He said he was “absolutely aware” of the “huge challenge” of the past five years of assessment and curriculum reform, and had been “worried about the challenge of assessments”.