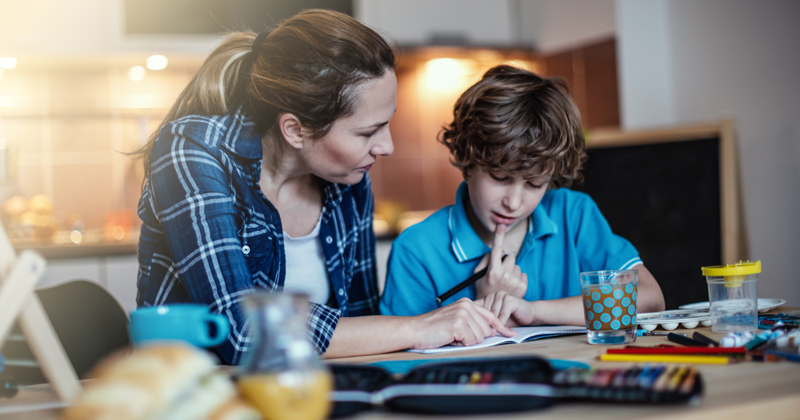 If policymakers want to better understand home-schooling their focus should not be on pushing a failing model into homes, writes Anna Dusseau

Publication last week of the Local Government Association’s research into “children missing education” has ensured the topic of home education stays in the headlines. It has also ensured that the conflation of “missing school” and “missing education” continues to have currency. Yet few have questioned its methodology, which results in numbering the young people concerned within a staggering range of between a quarter of a million and a million – a methodology founded in large part on offering a new and narrow definition of “formal education”.

With a rise of up to 200 per cent in home-school registrations amid the pandemic, Amanda Spielman’s point about avoiding decisions that are “driven by fear” is fair enough. What’s more, her comments to the current enquiry into elective home education (EHE) – which closed its call for evidence last week – are mostly optimistic. After all, who wouldn’t welcome more official recognition for EHE and the possibility of some financial support?

But my toes curled at her deliberate positioning of parents as mindless panic merchants. The muffled accusation that the current rise in home education is due to “misinformation on social media” echoes a familiar narrative that parents are untrustworthy and unable to think for themselves. If this is the dubious angle from which the Select Committee are now pondering EHE inspections, then we’d best buckle up.

A far more likely narrative is that parents are withdrawing their children from school due to a collapse of faith in the system itself. This perspective is naturally unpopular among stakeholders, yet vitally important to grasp. It would appear that a gulf now exists between the lived experience of many families and the official line on state education.

The rigid position of figureheads from Boris Johnson to ASCL general secretary Geoff Barton that “most children are better off at school” rings hollow after a year of disastrous mismanagement. In contrast, many families actually found a happier, healthier rhythm during the national school closure, with The Guardian’s Tobias Jones acknowledging that this time enabled him to “see [his] children in a new light”. Given Pisa data this summer placing the UK at the bottom of the league table for children’s life satisfaction and sense of purpose, it’s not unreasonable to suggest, at the very least, that parents are scrutinised with a moral spotlight that the school system itself doesn’t withstand.

If the answer is to inspect home educators, it may be that we are asking the wrong question. While banging the drum of raising standards, Ofsted has more often provided a smokescreen for political meddling in education, forcing teachers to constantly recalibrate and destabilising provision. Is there any reason to suspect EHE inspections wouldn’t have the same effect?

Significantly, inspection tends to drive education away from its natural, holistic focus on the child, towards a target-oriented, corporate approach. Jeffrey and Woods’ Feeling Deprofessionalised is only one of many studies that give weight to this theory, describing “market-oriented, managerialist, technical-rationalist discourse” of teaching exacerbated by high-stakes Ofsted inspections, including what I would call the legitimisation of an “inward gaze.”

Children’s achievement, both in the classroom and in other educational settings, is most powerfully shaped by real parental engagement, something too many schools have lost sight off, instead favouring a model of “parents acting as secretaries”, as FreeFlowInfo CEO Alan Cowley wisely notes. There are problems with EHE, but whatever they are, reducing it to a box-ticking exercise in the way inspection has already diminished the integrity of mainstream schooling is no kind of solution.

Nor is feeding an endless cycle of misinformation and mistrust, for which Spielman and the LGA are as responsible as social media. Basing our arguments on real numbers would certainly help to tackle that, but any debate must start from the premise that families long predate our 150-year-old compulsory education and 28-year-old inspectorate.

If policy makers want to stem the tide of “children missing education”, their focus should be on attracting them back, not on pushing a failing model into homes.

Anna Dusseau is the author of The Case for Homeschooling: A Free-Range Home Education Handbook