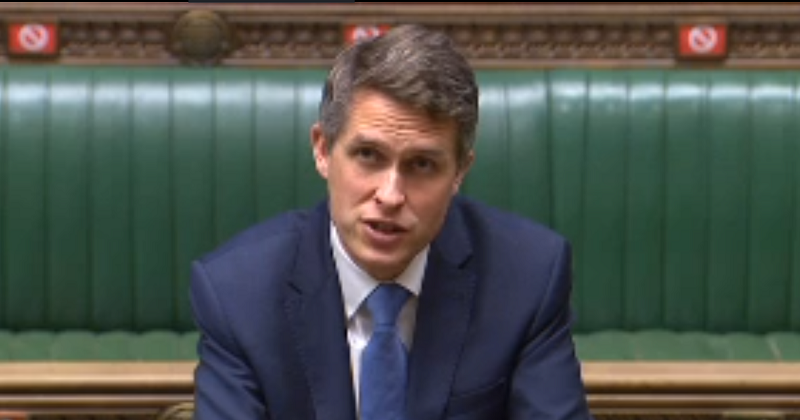 Gavin Williamson has defended plans to begin the phased reopening of schools on June 1, hitting out at the “scaremongering” of those raising concerns.

Summoned by MPs to the House of Commons to face questions about the proposal today, Williamson said the plans are a “sensible and responsible” approach to getting more children back to school.

The education secretary was forced to attend the session after Layla Moran, the Liberal Democrat education spokesperson, secured an “urgent question” on the matter.

1. Sector will get scientific briefings

He also revealed he’d asked scientific advisers “to give briefings for the sector” to “help them understand” the decision.

“When you have medical and scientific advice that is saying that it is the right time to start bringing schools back in a phased and controlled manner, it seems only the right thing to do so, and the only responsible thing to do,” he told MPs.

He did not give a date for when any advice would be published.

2. Plans are ‘responsible and sensible’

Long-Bailey, the shadow education secretary, urged Williamson to consider changing his plan, so that instead of aiming for a fixed date, schools were asked to meet certain conditions “that when met would signal it was safe to open, a subtle but very important distinction”.

But the education secretary defended his plan, saying: “We have said that if we are allowed, which it seems likely that we will be able to, we would like to see schools opening from June 1, giving schools as much forward notice as possible in order for them to get ready.”

He said this was a “responsible and sensible approach”.

Williamson also insisted the “only consideration” behind the decision to aim for a June 1 reopening is “what’s in the best interest of the welfare of children and those who work in schools”.

“The reason that we’re bringing schools back is that we know that children benefit from being educated by their brilliant teachers in front of them,” he said. “We recognise that children from the most disadvantaged backgrounds are the ones that are going to suffer the most if we do not bring schools back when we are able to do so.”

Mary Foy, the MP for the City of Durham, said unions were clear there could be “no compromise on health and safety”, and called the proposals “ill-thought-out and reckless”, and warned they could “set off a chain of new infections back into the households of working people”.

Williamson said the “only consideration” behind the decision was the “best interests and the welfare of children and those who work in schools”.

Williamson was asked about the approach to reopening schools in Denmark, which began a phased return of primary pupils in mid-April.

The education secretary said the government had “looked at countries such as Denmark and the Netherlands and many others to understand how they’ve done it”.

“And what you’ll see is a mirroring in approach as to what happens in Denmark as to what we’re doing here in the UK. And I think that is the right approach because what you’ve seen is you’ve seen that schools have started to return in Denmark and you have not seen negative impact as a result of that.”

After his comments, some highlighted it was a pointless comparison  – for instance Denmark has had 533 deaths while the UK has had over 30,000.

5. Year 10s and 12s will go into school to have learning needs ‘assessed’

During the session, Williamson was asked what the government meant by “face-to-face support” for year 10 and 12 pupils, because there isn’t much detail on that part of the proposal in the government guidance.

Williamson said he wanted “all children in those year groups to have the opportunity to go into school and speak with their teachers”.

“It is important to get these transition years back into schools, even if it is for not a full timetable, but this is a first step in the right direction,” he added.

6. Schools will get ‘flexibility’ on reopening

Former education secretary Damian Hinds pushed Williamson for an assurance that “within the clear guidelines, headteachers will also be afforded maximum flexibility to make this work for each school’s unique circumstances”.

Williamson agreed that “we need to make sure that schools have the flexibility to work within these guidelines to make the proposals work for both staff and for children”, but didn’t say more.

The education secretary has come under fire after Paul Whiteman, general secretary of the NAHT leadership union, revealed yesterday that his organisation had not been consulted on the government’s specific plans.

But Williamson said that “at every stage, every single week I’ve been meeting with union leaders” and “other sector leaders”, and said he would “continue to do so”.

“We’ve shared our thinking very widely as to what we were hoping to do,” he added.

Steve Baker, whose Wycombe constituency is in Buckinghamshire, one of the few counties in England with grammar schools, asked what consideration was being given to the “special situation” of selective schools.

Williamson said he was aware of the “additional challenges” faced by grammar schools, “especially with the consideration of the 11-plus in September”, and said he had also been lobbied by Tory MPs in Kent, which is also a selective area.

“We’re going to be looking at working with local authorities who have grammar school systems in their area as to how best we can ensure that children from the most disadvantaged backgrounds are not disadvantaged as they look at taking the 11-plus in the future.” 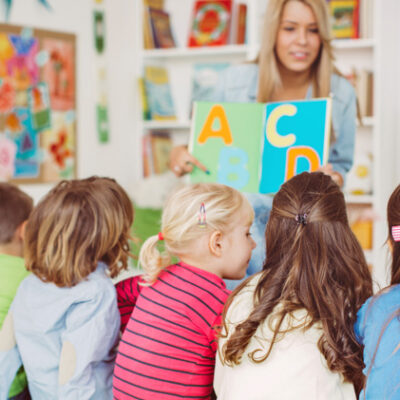