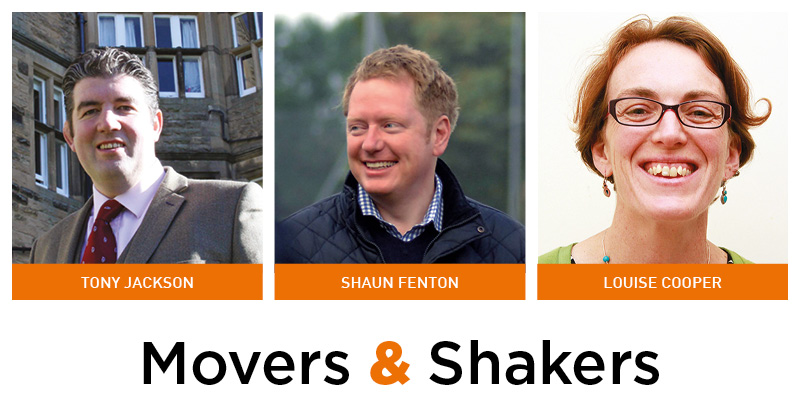 Tony Jackson has been appointed headmaster of Barnard Castle School in Co Durham.

Barnard Castle is a co-educational boarding and day school for pupils aged 4 to 18 that Jackson will take over from Alan Stevens, who is leaving to work in Malaysia, in September.

He hopes to build the school’s reputation for academic success and develop sports, music and drama.

He also aims to provide more opportunities for pupils to learn life skills through public speaking and leadership programmes.

“What makes Barney truly stand out are the relationships between staff, pupils and each other. It is this background that gives our children the confidence to aim high and to achieve great things.”

Jackson has been deputy head at Barnard Castle for the past seven months, joining from Radley College where he was second master.

He also worked in banking in Sydney for two years and played professional rugby in Spain before returning to the UK to work
for Barclays.

Shaun Fenton has been named the new chair of the HMC for 2018/19, which now has 283 members in the UK and  54 international members.

Fenton is head of Reigate Grammar School in Surrey, a position he has held since 2012.

He was head of Pate’s Grammar School and Sir John Lawes School in Hertfordshire, both rated outstanding by Ofsted under his leadership.

He is the only head to have lead a comprehensive, a state grammar, an academy and a leading independent school.

Speaking of his new role, he said: “I’m delighted that the headteachers of some of the best schools in the country have seen fit to entrust me with this important role.

“I have 18 months before I become chairman and will keenly support the current officers in the meantime, but I am eager to play my part.”

Louise Cooper has been appointed chief executive of SGOSS, Governors for Schools.

The charity, which was initially set up as a six-month pilot in 1999 by the Department for Education (DfE), specialises in governor recruitment.

Cooper will be responsible for doubling the number of governor placements the charity makes annually and increasing its impact on education outcomes through the governors that it sources.

She received an MBA from Harvard with an elective in social enterprise, and has held roles at The Treasury and Tesco; most recently she worked as a business development director at the London Early Years Foundation.

Ian Armitage, chair of SGOSS, said: “We are now independent of DfE control and have secured multi-year funding from philanthropists and corporations who are committed to supporting the state school system in England.

“We are very happy that Louise has chosen to lead us on our journey.”