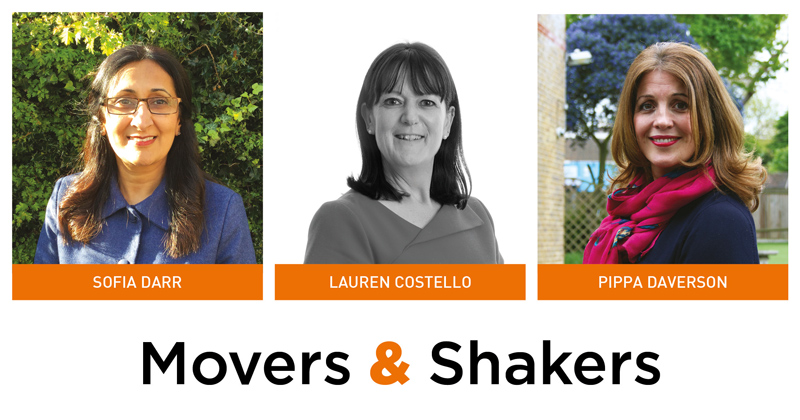 Sofia Darr is the new headteacher of Rockwood Academy in Birmingham.The academy is a member of the CORE Education Trust with Nansen Primary School, also in Birmingham.

Darr joins Rockwood from Waverley Studio College, a 14 to 19 academy set up in 2013. During her tenure as principal, she moved the college out of special measures to a rating of good.

She has more than 20 years’ experience in leading and managing schools, and hopes to bring the skills she has gathered to her new headship.

“I will continue to raise standards for all and strive to become a beacon of excellence to enrich the curriculum further.

“Rockwood is a place where students are placed at the heart of everything. It’s a place where relationships between students and teachers are highly effective; respect is shown and the school goes the extra mile to ensure achievement for all.”

Darr succeeds Fuzel Choudhury who is taking up a position at Heartlands Academy in Birmingham.

The Academies Enterprise Trust has announced Lauren Costello as its national director of primary schools.

The AET, the UKs largest multi-academy trust, has 66 primary, special and secondary academies that educate about 35,000 children.

Costello OBE is the co-founder of the White Horse Federation, a multi-academy trust in Swindon. She was the federation’s director of education.

She also volunteered with the Samaritans from 2009-11, and has served as an executive principal and headteacher in a range of schools, spending her early educational career as a secondary teacher in Derbyshire.

In 2016 she was appointed by the secretary of state to chair the Department for Education’s workload challenge group on data and assessment.

The chief executive of AET, Julian Drinkall, said: “Primary schools have been a real strength of AET, where our average Ofsted rating is ‘good’ — and improving. Under Lauren’s leadership, we are geared up to see a real acceleration in the rate of this improvement, with schools moving from ‘good’ to ‘great’, and will be ready to invite further schools to join our portfolio.’

Pippa Daverson has been appointed the head of junior school at Putney High School in west London.

The school is an independent, all-girls’ school and a member of the Girls’ Day School Trust, a union of 26 schools.

Daverson is currently director of innovation and learning at Kensington Prep School. She has spent the past ten years at the school, where she has held posts such as director of studies and head of English.

Before this she was a teacher at Kingswood Prep in Bath, beginning her educational career as an art and year 4 teacher at Rowdown Primary in Croydon, south London.

She will start her new job in September.