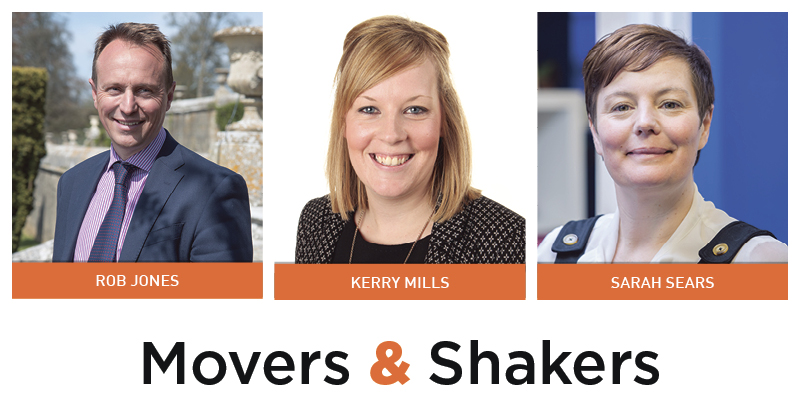 Rob Jones, headmaster of Rendcomb college in Gloucestershire, has been appointed to the Society of Heads’ education committee.

The society was formed in 1961 when a group of independent school leaders decided they needed a forum for sharing ideas and experiences. It now has more than 100 members.

Jones completed a masters in educational leadership at the University of Buckingham before becoming an economics and business teacher.

He was appointed deputy head at Shiplake college, Henley-on-Thames, in 2011, moving to Rendcomb last year.

“I am delighted to be asked to join such an important committee and look forward to playing my part in helping the member schools,” he said.

“This committee discusses and advises on the big issues in education and I know that this opportunity will help in my leadership of Rendcomb.”

The Education Fellowship academy trust has made senior appointments at two of its twelve primary schools across Northamptonshire.

Kerry Mills has been appointed principal of Risdene academy in Rushden.

Formerly vice-principal at Oakley Vale primary school, she began her career in education as a trampoline coach, working with children from the age of 13 upwards, before completing a degree in sports psychology. She got a full-time job as a teacher and after two years, progressed to being a lead teacher for gifted and talented pupils.

After taking part in opening a new school, Mills became a specialist leader, supporting and developing leadership capacity within schools, and developing teaching and learning. This lead to her job at Oakley Vale, a position she held for almost three years.

Mills said of her new role: “This is a new challenge for me and a new step in my career. The opportunity to impact on a group of children on a much wider scale offers the very best opportunities.

“One of the things we’ve shared is a new vision and set of values for the school. We hold the values of positivity, respect, integrity, determination and excellence, and that underpins what we’re going to do.”

Sarah Sears, the former vice-principal at Risdene, has been appointed principal at Warwick academy in Wellingborough.

Sears, who was at Risdene for eight years, previously worked in private and state schools in London, Dublin and Manchester, including teaching pupils with special educational needs at a Dublin girls’ school.

She has a BEd honours in primary education, specialising in art and design.

She is most looking forward to “being the boss”.

“As a deputy for eight years I’ve never made those ultimate decisions that I think are right and will impact on the children in a positive way.

“I’ll be making sure that staff morale is good and that we look after each other, work as a team and make sure we actually do have a work-life balance.”