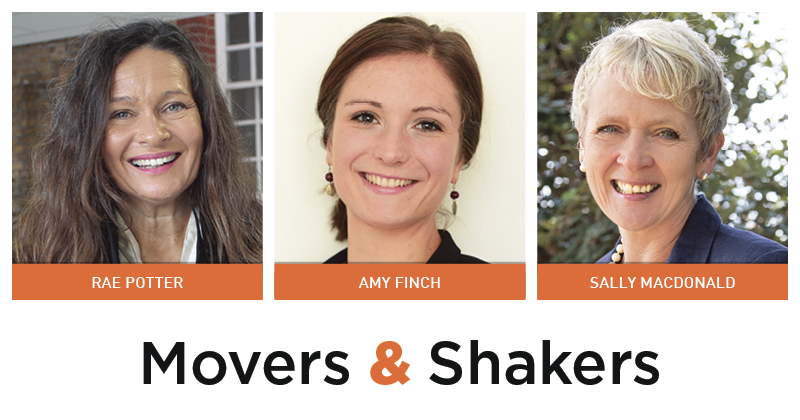 Rae Potter is the new headteacher of Sarah Bonnell school in east London.

The school, founded in 1769, is one of the oldest schools for girls in the UK and a member of Newham community schools trust, alongside Lister community school and Rokeby school.

Before Clapton she was director of the Hackney teaching school alliance, where she was responsible for whole school improvement through developing the quality of teaching and leading on collaboration to improve achievement for children.

She says she is most looking forward to “working with the whole school community”, as well as “building on the success of students” both at the school and within the trust.

“Sarah Bonnell, like Lister community and Rokeby, is an excellent school and working as part of the new academy trust will only help it to become even better.”

She will head Spielman’s private office and the group of people that assist the chief inspector with strategy and day-to-day running of the office.

She was research manager and head of education at the Reform Research Trust, where her responsibilities included deciding on what reports were written, and what education events the company would run.

She first joined Reform as a researcher in 2014, working her way up to senior researcher and then research manager.

In the new role, she says that she is most looking forward to making a difference in education, “to being closer to what happens on the ground.

“At Reform you write things and then see changes in government policy, but it’s quite slow. Sometimes it’s quite intangible, and really difficult to say that it was me that did that.”

Sally MacDonald has been appointed permanent head at Greythorn primary school in Nottingham.

The school is a member of The Flying High Trust, a primary multi-academy trust that it joined at the beginning of this year.

She steps up from acting head, a position she has held since February 2015 – but says there is a marked difference now that she is officially at the helm.

“As acting head, you don’t feel like you can really make your stamp on the school, whereas being permanent gives you the go-ahead. It’s the knowledge that the school is ultimately my responsibility.”

She joined Greythorn as a teacher 15 years ago, before working her way up through the ranks.

She says that she plans to develop writing skills throughout the school. “In every other area we were above the national data last year, but writing was the one area where we weren’t, so we’re working very hard on that.”