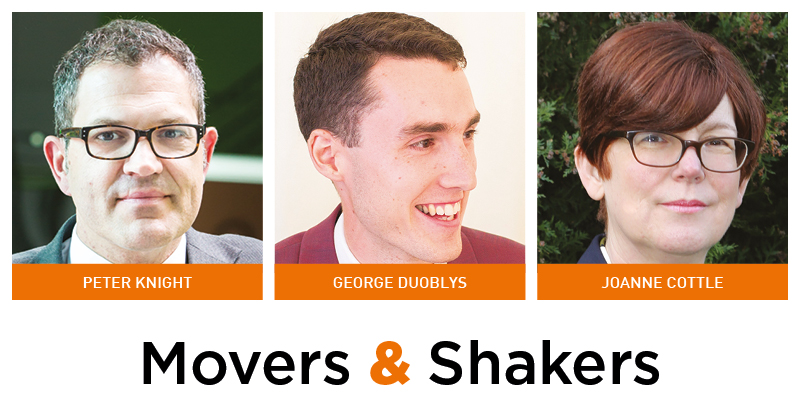 Peter Knight has been appointed principal at Oasis Academy Brislington, a member of the Oasis Community Learning Trust.

The trust currently has 47 academies in four regions of England.

Knight, who began his educational career as a PE and geography teacher, has been interim principal at the Bristol school since May 2015.

Before joining the academy he was principal at Oasis Academy Bank Leaze, also in Bristol.

He says his vision at Brislington is to build every pupil’s “confidence, knowledge and skills”.

“We have built firm foundations since Oasis took over two years ago, and I am delighted to have been given the chance to lead the team taking the academy forward into the next stage of its development.”

Oasis regional academies director Matt Butler added: “Peter is an excellent leader who is creating an academy community of which everyone – students, parents and carers, staff, governors and the wider community – can be proud.”

George Duoblys is the newest associate in LKMco’s team of researchers and educationists.

He was a physics teacher and deputy head of sixth form at City academy in Hackney for just over three years; he is also studying for an MA in the philosophy of education.

On leaving university, he worked as an analyst in equity research at Barclays.

He says it is LKMco’s “mix of high level policy work and on-the-ground expertise” that attracts him.

“This role will provide me with an opportunity to work on some of my key areas of interest such as improving university access for traditionally under-represented groups, especially in STEM subjects, and developing a more rounded curriculum for British schools. I’m really looking forward to learning from such an experienced and knowledgeable team.”

The education think-and-action tank undertakes policy research and campaigning, as well as working with schools, teachers and education and youth organisations.

Joanne Cottle has been appointed head of academy at Bournville school in Birmingham, a member of the Fairfax multi-academy trust.

She has spent the past ten years in senior leadership roles at Trinity High School in Redditch.

In her new role, she wants to ensure she maintains the school’s “distinct ethos, history and tradition” and to develop an atmosphere of “mutual respect”.

“I am passionate in my commitment to providing a strong and stable leadership, and will do everything in my power to support the school on its continued journey to securing positive outcomes for all learners, ensuring they have access to a broad and balanced curriculum delivered in an engaging and stimulating manner.”

She starts her new job on April 24.