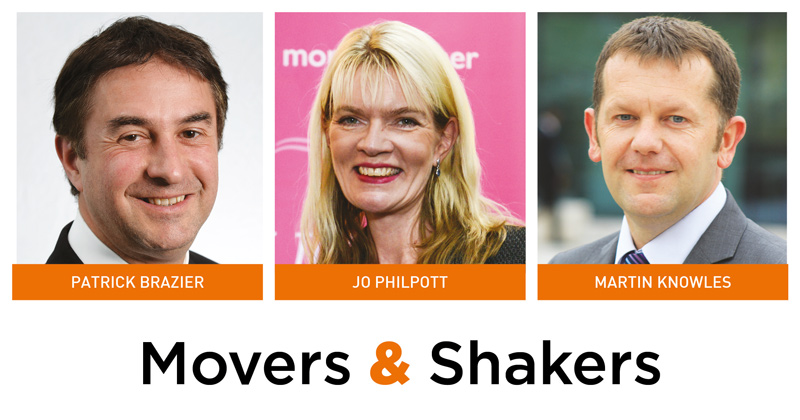 He joined the organisation in 2013 as an international director, following a 20-year career at the British Council where he was regional director for the Middle East and North Africa, developing educational and cultural programmes in response to the Arab Spring.

Commenting on his new appointment, he said: “Having worked for the trust for the past four years, I know what a great mix of people and opportunities we have to transform the lives of even more children and young people around the world and grow our business in the UK and internationally.”

Philip Graf, the chairman of the trust’s board of trustees, said: “Patrick brings his rich international experience and detailed knowledge of Education Development Trust’s work to this role, which will allow him to build on the legacy left by Steve Munby who retires this year.”

Jo Philpott is the new headteacher of City of Norwich (CNS) school, a member of the Ormiston Academies Trust since 2014.

She is currently head of school and will take over from Jim Nixon in September when he steps down after 40 years in education.

She said: “I feel deeply privileged to have the honour of being the new headteacher at CNS and I’m looking forward to working closely with staff, students, parents and the whole school community.”

Paul Fisher, the school’s chair of governors, added: “We are delighted that Jo Philpott will be the new headteacher. The final panel was unanimous that she was the right appointment.”

The City of Norwich has about 1,500 pupils in its school and sixth-form centre.

Martin Knowles has been appointed principal of Essa Academy in Bolton.

He is currently head of the Oldham Academy North, which went from an Ofsted rating of requires improvement to good in just two years. Knowles was later praised by the former chief inspector, Sir Michael Wilshaw, in his annual report last year.

Essa’s current interim principal, Patrick Ottley-O’Connor, will continue working at the school until summer next year to ensure continuity.

Speaking of his plans in the new role, Knowles said: “I am passionate about improving life chances. I really believe in a focus on not just excellent exam results but, more importantly, in inspiring children to become good, well-rounded people.