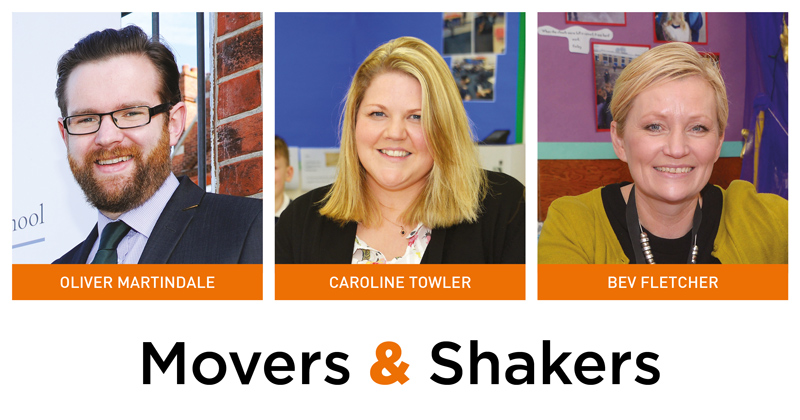 Oliver Martindale has been appointed headteacher of Lyndhurst Junior School in Portsmouth.

In March last year Lyndhurst became the first UK school to join the King’s Group Academies Trust, which runs British international schools in countries that include Panama, Spain and Latvia.

Martindale has been acting head since January, following the retirement of Margaret Beel. He was appointed permanently at the beginning of this month.

He joined Lyndhurst as vice-principal two years ago, having previously worked as a deputy head at a primary in Wiltshire. He is also a specialist in maths, and has worked across Portsmouth developing maths mastery classes.

Martindale says his vision is “for our children to leave us literate and numerate, hardworking, able to communicate, confident in themselves and compassionate.

“We work hard to provide a creative and challenging curriculum to build children’s skills, confidence and self-esteem.”

The trust, which was established in 2013, has 12 schools across the north and north-east of England.

Caroline Towler, who was Ebor’s director of teaching and learning, takes over at Brotherton and Byram Community Primary Academy in West Yorkshire.

She has also held the posts of vice-principal at Robert Wilkinson Academy in York and deputy head at Brayton CE Primary in North Yorkshire.

She says she will explore working collaboratively with pupils, staff and the community, following on from her previous work at the trust.

“Learning should be about discovery, where children are fully engaged, sparking curiosity and allowing them to explore for themselves.

“It will be a privilege to lead such a fantastic team. The school has been on an incredible journey and I know that there are exciting times ahead for the whole school community.”

She starts her new job after Easter.

She says she has a passion for science, and has collected two Rolls-Royce awards for projects she has undertaken to develop teaching and learning of science and outdoor education.

Speaking of her appointment, she said: “Having the opportunity to now be headteacher at Camblesforth is very exciting and I cannot wait to work as
a team with staff, children, parents and community to continue to grow as a school.”

She also takes up her new job after Easter and says she hopes to create a culture of “mutual respect, honesty and trust”.