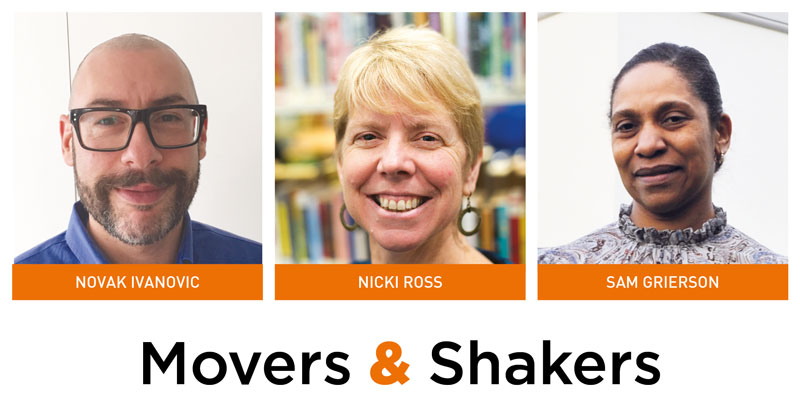 The independent primary, which was founded in 2009, is in the Trinity Buoy Wharf area, home to London’s only lighthouse.

Ivanovic, who has worked in the primary sector since 1997, is currently deputy head of the Silver Birch academy trust group of schools in north London.

Speaking of the new role, he sas he is “looking forward to joining Faraday to build on the school’s excellent foundations and ethos.

“The traditional curriculum and the friendly, confident pupils at the heart of a creative community at Trinity Buoy Wharf are particularly appealing.”

Nicki Ross is the new principal of New College Worcester, an independent boarding and day school based in Worcestershire.

The school educates students aged 11 to 19, who are blind or partially sighted. Founded in 1866, it caters for about 80 students and last year celebrated its 150th anniversary.

Ross will join the college from a small comprehensive in Gloucester where she has worked for 20 years; she joined the school as a PE teacher and is leaving as its head.

In previous roles, her areas of responsibility have focused on teaching and learning, professional development and strategic vision, all skills she hopes will help her in her new role.

“I am delighted to be taking over at New College Worcester,” she said. “The college does such an important job in preparing these young people academically, socially and practically for their futures and it is a privilege to be part of that.”

Ross says she is most excited about getting to “know the staff, students and systems of the college”, as well as looking at ways of developing “student progress and other crucial areas that focus on the development of the whole child”.

Sam Grierson has been appointed head of sixth form at Newton Abbot college, a Devon-based school for 11 to 19-year-olds.

Grierson joins the school following an extensive career, including roles at the Qualifications and Curriculum Development Agency and as assistant principal at the Cabot Learning Federation.

She became an advanced skills teacher in 2006 when she was head of psychology, PSHE and citizenship at Coventry Blue Coat Church of England school.

She says her decision to apply for Newton Abbot followed her daughter’s positive experience there. “The college made her feel so welcome, safe and at home. I was extremely happy with the experience as a parent. It set the model I live passionately by.”