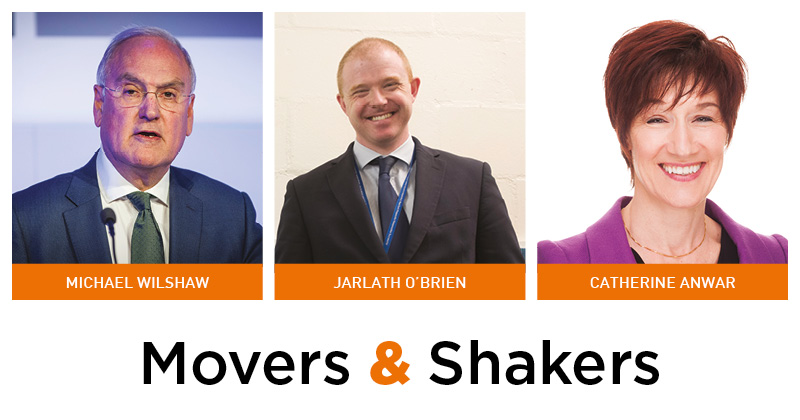 Ofsted’s former chief inspector Sir Michael Wilshaw has joined the board of trustees at the Education Policy Institute, an independent research organisation.

Reflecting on his time at Ofsted during a speech at the institute last year, he described his tenure as “a tumultuous five years – occasionally turbulent, sometimes exhilarating but never, ever dull”.

He began his teacher training at 18 before his first job at a school in Dock Head, south London.

David Laws, executive chairman of EPI, said of Wilshaw’s appointment: “He comes with decades of experience as a successful teacher and as chief inspector.

“His contribution, along with that of our other trustees, will support the EPI in its mission to improve education policy through independent, data-driven analysis and research.”

Jarlath O’Brien has been appointed director for schools at the Eden Academy Trust.

The trust, which has five school across west London, specialises in educating children with learning difficulties, including those with autism and physical or sensory needs.

The former headteacher of Carwarden House school in Surrey will now be responsible for Eden’s school improvement services, safeguarding and family services and general oversight of four of its schools.

He has previously worked in comprehensive, independent and special schools and is the author of Don’t Send Him In Tomorrow, which evaluates the outcomes of SEND pupils in mainstream schools.

O’Brien says that he is excited to be taking up a new challenge. “Eden shares my focus on doing everything we can to improve the life chances of children with special educational needs and I look forward to joining the team.”

Catherine Anwar is the new chief executive of the Ninestiles Academy Trust, a group of seven schools across Birmingham and neighbouring Solihull.

In her previous role as a senior Osted inspector she led focused reviews of multi-academy trusts and inspections of complex academies and free schools.

Before her three years at the inspectorate, she spent eight years as head of Calthorpe Park school in Hampshire.

Anwar says that in Ninestiles she will play a pivotal role in steering the future direction of the trust and its schools.

“The trust is facing an exciting new chapter with plans in place which will see it merge with The Sixth Form College Solihull, creating the first multi-academy trust of its kind in the UK.

“I look forward to helping to navigate the trust on its journey and directing its ambitious plans to expand and prosper.”

She takes up her new role on May 1.