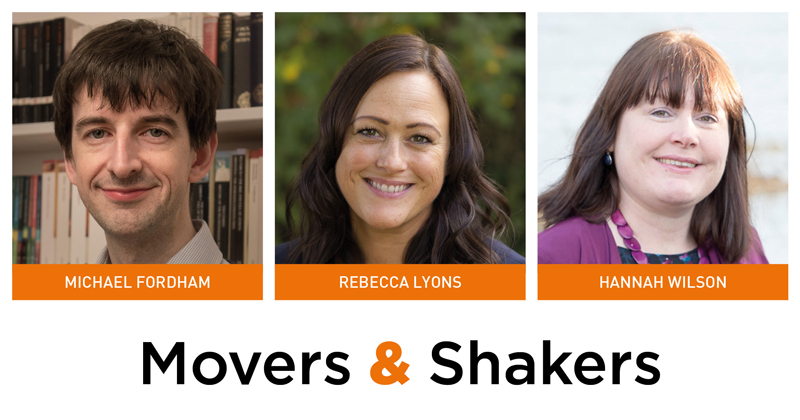 Michael Fordham has been appointed specialist subject leader for history at the Inspiration Trust.

The Norwich-based trust, which operates 13 schools across East Anglia, was recently named by the Department for Education and the Education Policy Institute as the top schools group in the UK for progress at secondary level.

Fordham will develop the history curriculum from primary through to sixth-form, as well as establish professional development for teachers at the trust’s new teaching school.

He was assistant headteacher at the West London free school, a role he held for just over a year. He also taught history at Hinchingbrooke school in Huntingdon, and was head of history at Cottenham Village college in Cambridgeshire.

“History is a subject where breadth really matters,” he said. “I do not want children to learn ‘just enough’ to see them through: I want them to have stories dancing around in their heads from which they can build up a meaningful sense of different periods of the past.”

He starts his new job on May 1.

Rebecca Lyons is the new headmistress at St Swithun’s junior school, an independent day prep school in Hampshire for girls between the 3 and 11, and boys from 3 to 7.

She is currently deputy head at Stroud, King Edward VI prep school, where she has been responsible for pastoral care.

She also sits on the governing body of a local state junior school and has recently become an inspector for the Independent Schools Inspectorate.

Lyons was director of studies at West Hill Park school from 2011-13 and head of English at Stroud from 2007-11. She has also taught across the primary age range in the maintained sector and internationally from 1997.

She said she was attracted to St Swithun’s by the “warmth of relationships between children and staff”, as well as an ethos resonating with her core belief that “the broad talents of all children must be nurtured and celebrated.”

She joins the school at the start of the summer term.

The co-founder of WomenEd, Hannah Wilson, has joined the Glyn Learning Foundation (GLF) as headteacher of the new Aureus school, and regional director of the GLF Oxfordshire hub.

Wilson joins GLF from the Harris Federation, where she worked for ten years in numerous senior roles, most recently as a professional learning consultant leader and teaching school facilitator at the federation’s teaching school alliance. Before this she was vice-principal at Harris Academy Morden.

“I’m a big believer in being a system leader and working across schools rather than being territorial at the one school. GLF has a very outward-based approach to school improvement and system leadership, and that really resonated with me.”

She said she hoped to “create more flexible opportunities” for GLF staff, and will look at developing part-time and flexible roles to “recruit the right people”.